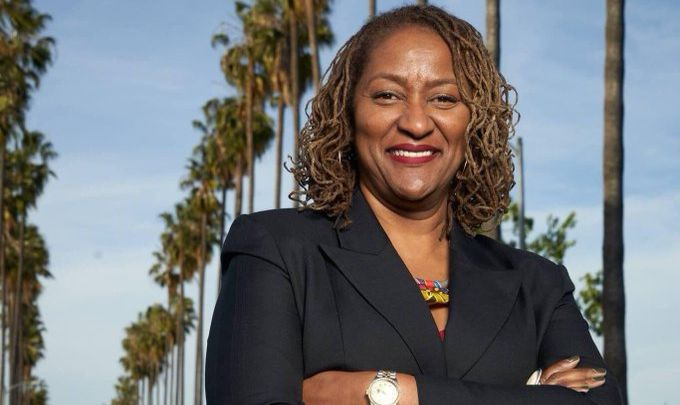 A county board of supervisors that was once known as “five little kings” will have to come up with a new nickname. With the election of Holly Mitchell, the Los Angeles County Board of Supervisors has made history as all of its members are women, according to ABC7.

I’m honored to have earned the opportunity to represent the residents of the Second Supervisorial District. This was a community-driven campaign based on creating a more equitable, inclusive, and prosperous LA County.

Now is the time to turn our vision into action. https://t.co/MLpb347VH1

Earlier this week, State Senator Holly Mitchell was celebrating a lopsided victory against her opponent L.A. City Councilman Herb Wesson. The election was to replace termed-out Supervisor Mark Ridley-Thomas in the county’s Second District. The results from Tuesday night’s election had Mitchell winning by a surprisingly wide margin as she garnered nearly 61% of the vote–roughly 100,000 more votes than Wesson.

I want to congratulate @HollyJMitchell on her election to represent the Second District on the Board of Supervisors. I look forward doing all that is necessary to assist in a smooth transition.

“This seat has always been hard fought and rightfully so, because of the immense responsibility the Board of Supervisors have in creating policies that will impact over 10 million residents. My opponent, Herb Wesson, has dedicated his life to serving our community. I applaud his impressive body of work and share in his commitment to fighting for the residents of the Second Supervisorial District, said Mitchell as reported by NBC Los Angeles.

“My campaign was based on creating a more equitable, inclusive, and prosperous L.A. County. I am proud of the integrity with which we built our movement. This was truly a community-driven campaign, powered by hundreds of volunteers from a coalition of grassroots organizations, labor unions, Democratic clubs, and residents,” she continued.