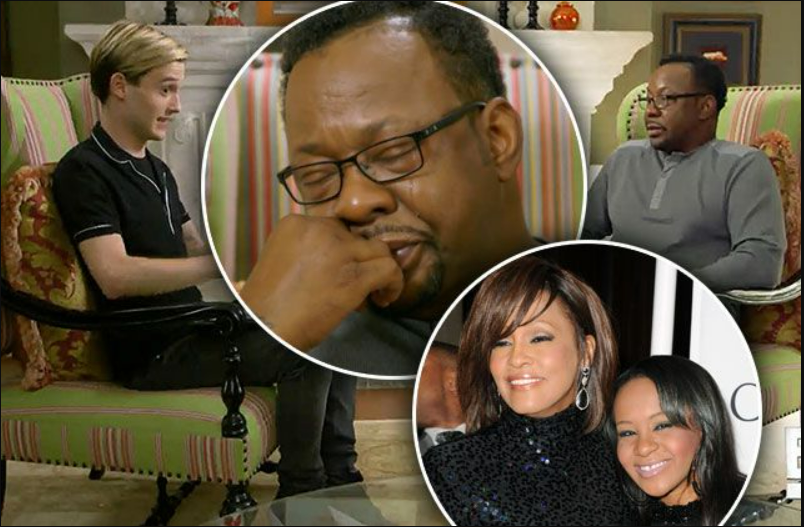 Singer Bobby Brown was brought to tears receiving messages from his late wife, daughter, and father during his sit down with the Hollywood Medium Tyler Henry.

E! recently shared a classic clip from Bobby Brown’s 2017 appearance on Hollywood Medium where Henry had no idea who the New Edition singer was before the meeting.

Henry did what he always does and started reading the energy in the room once he sat down with Brown. The “Every Little Step” singer noted how it was a “therapeutic time” in his life.

Brown’s late father, Herbert, was the first to come through to Henry, saying the spirit speaking to him passed away from cancer after smoking for years and stopping. Henry also noted Brown’s father as the “center of attention.”

Brown confirmed that his father smoked “for 30 years” before quitting and was a “talkative type of guy.”

Brown’s late father worked construction and sent a message saying his hard work ethic was how he showed his family he loved them. But he wishes he had verbalized his love to Brown more often.

That’s when the tears first started to flow. Henry then connected with another energy that ended up being Brown’s late ex-wife, Whitney Houston.

The iconic singer passed away in February 2012 after drowning in a bathtub. Houston wanted to clarify the real root cause of her death.

“Her heart. Very clear. No matter how I died, I need them to know my heart,” Henry said the spirit told him.

Brown expressed his grief over his late ex-wife and what he believed to be her cause of death.

“Oh boy. She used drugs but the way she passed is not a way that I can accept,” Brown said.

But Henry says Houston wanted Brown to know that “Heart is fundamentally what she perceives as the catalyst.”

Henry noted that Houston was being “selective” and “not giving me a ton.”

The medium told Brown that Houston said she helped their daughter Bobbi Kristina “transition” when she died three years later in July 2015 at age 22 after being found unresponsive in a bathtub.

“I was there to hold her hand when she made her transition,” Henry told Brown in the alleged message from Houston.

Henry then referenced a Tina Turner impersonation and said his daughter loved him.

‘Tina Turner thing is amazing,” Brown said. “My daughter used to dress like Tina Turner and run around the house doing all of Tina Turner’s dances.”

“Nobody could’ve known that,” Brown said while wiping away tears.

“I’m comfortable with going on with my life. I needed that,” Brown said as he hugged Henry.

Recalling the reading, Henry says his work is not about contacting famous deceased people but instead focusing on the love that carries on.

“When she connected, I didn’t see Whitney Houston’s face. I just felt an energy, the energy of a woman who was interested in connecting with her former husband and had a message to deliver,” Henry told Bravo’s The Daily Dish. “So no matter whether someone’s a celebrity or not, fundamentally they all value the same things on the other side — that’s kind of the beauty of the work.”