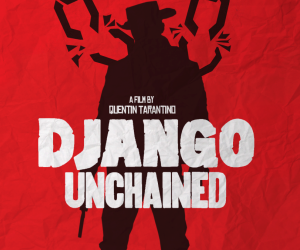 Many trends follow a cycle. For example, we have seen the return of the high top fade hairstyle, and it is spreading fast. Another trend that may not be as apparent is the influx of slavery era films in the movie industry. President Lincoln has been a prevalent character in many films of late, and films such as Django Unchained as brought slavery to the forefront in media once again.

There was an unexpected explosion of films in the 1990s that depicted the complexities of blackness. FromÂ Boyz n the Hood toÂ Love Jones,Â Brown Sugar toÂ South Central, principle movie studios saturated the market with projects designed to serve an oft-neglected niche. Despite our hopes that the Hollywood machine was recognizing the importance of highlighting Black American culture on the silver screen, once those movies were no longer profitable there was a swift decline in their releases. Stories detailing life and love for Black Americans were a lucrative fad for the movie business. It satiated the audience, lined the studio’s pocket, and was dismissed when it no longer fulfilled the bottom line.

With the successful releases of the historical[ly-inaccurate] biopicÂ Lincoln and the controversial spaghetti-westernÂ Django Unchained, Hollywood is preparing to releaseseven more slavery-era films. These movies include the long-awaited,Â Twelve Years a Slave, which is based on the autobiography of Solomon Northrup;Â Something Whispered, starringÂ Cuba Gooding Jr. as a slave seeking freedom for himself and his family in 1850; andÂ Tula: The Revolt, which starsÂ Danny Glover and details that 1795 slave revolt in Curacao.