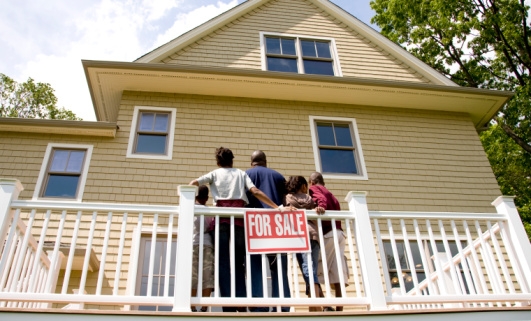 President Barack Obama hailed his administration’s efforts to help homeowners avoid foreclosure during a housing refinance roundtable that he hosted at the White House April 9. He also urged the millions of homeowners who are eligible for the federal program he launched in March to take advantage of near-record low mortgage rates.

“The main message that we want to send today is there are seven to nine million people across the country who right now could be taking advantage of lower mortgage rates. That is money in their pocket,â€ Obama said after the event. “We estimate that the average family can get anywhere from $1,600 to $2,000 a year in savings by taking advantage of these various mortgage programs that have been put in place.â€

A handful of local homeowners who participated in the roundtable shared their experiences which included refinancing a 15-year loan to a 20-year conventional mortgage and refinancing a 30-year mortgage to a 15-year one (which also included a second mortgage the family had taken to cover household expenses.) The savings reported ranged from $400 to $1,200.

Obama’s program enables borrowers with little or no equity in the home to refinance if they owe no more than 5% more than the home is worth and the federally controlled Fannie Mae or Freddie Mac backs their mortgage. The president encouraged people to learn more about how they can get help with their loans by visiting a government web site Makinghomeaffordable.gov.

He also warned homeowners to beware of scam artists. “If somebody is asking you for money up front before they help you with your refinancing, it’s probably a scam,â€ he said.

Obama noted a rise in refinancing due to lower rates, which are now at 4.78% for 30-year mortgages. And according to the Mortgage Bankers Association, applications are up 88%. Fannie Mae refinanced $77 billion in mortgages in March, nearly twice the amount it did in February and its highest volume for one month since 2003.

“Typical homeowners around the country can benefit from those record lows by refinancing their homes and saving on average up to $2,000 a year for the average family, and for many families it’s much, much larger than that,â€ said HUD Secretary Shaun Donavan in a conference call with reporters. He also pointed to an uptick in new home buyers, adding that “Combined with the tax credit that was part of the recovery bill, we’ve also seen a 19% increase since our plan was announced in terms of home purchase loans.â€

Donovan also said that some banks that have agreed to participate in the program are still getting the process up and running, but in the meantime have agreed to hold off on foreclosures. If, however, homeowners feel they are not getting the proper level of responsiveness from their banks, they should contact one of the more than 2,600 HUD-approved counseling agencies located around the nation in every state.

Joseph Pigg, vice president and senior counsel at the American Bankers Association, agrees that there’s never been a better time to refinance, “but there’s still a big gap between the folks who can be helped by the refinancing and modification programs and those who can refinance on their own, and that’s the soft spot, if you will.â€ Those programs don’t help those who may have a home equity loan or a second lien on their homes, which Pigg says is a “huge chunkâ€ of the market.

“The other part is the administration’s plan thus far is up and running for Fannie and Freddie loans, but it still hasn’t issued guidelines for the non-agency loans, if it’s a portfolio loan, or a loan owned by a federal home loan bank, so we’re still waiting on those aspects,â€ Pigg says.

During the conference call, Donovan said that the administration is working on a provision and hopes to release more details of its programs for second loans.