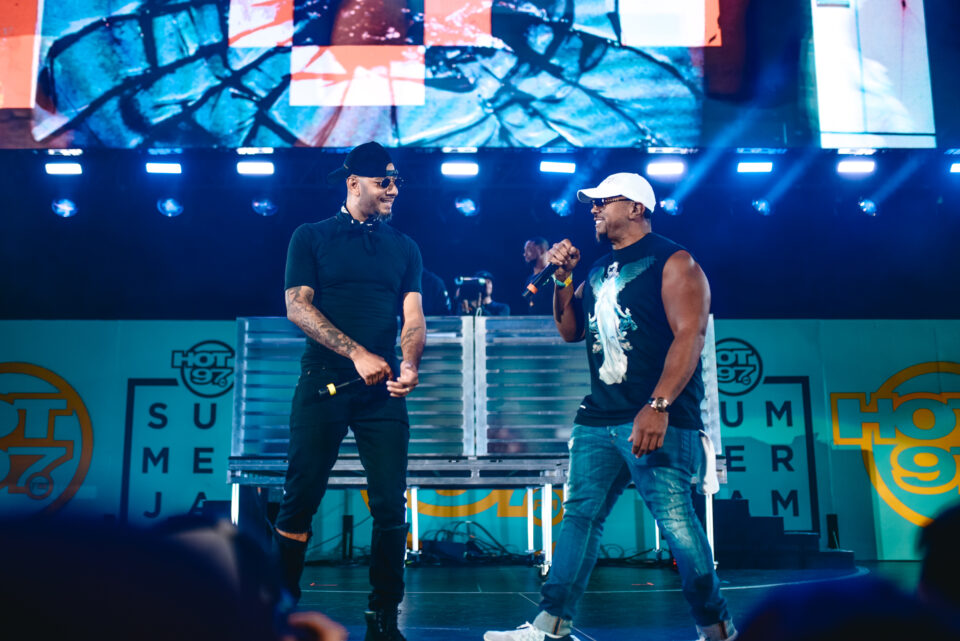 After a one-year hiatus due to COVID-19, the Hot 97 Summer Jam concert will make a comeback on August 22 at MetLife Stadium in New Jersey. Distinguished by its New York flare, Summer Jam is one of the biggest annual hip hop concerts in the world. It has also set the stage for some of the biggest moments in the culture, itself. In 2001, attendees erupted in cheer when Shawn “Jay-Z” Carter brought out Michael Jackson as a surprise guest during his performance. The festival is also where Swizz Beatz initially faced off with Kanye West in an iconic producer battle in 2007, thus laying the groundwork for the cultural phenomenon known today as Verzuz. According to Hot 97 radio personality TT Torrez, this year’s festival will be just as exciting.

“Trust and believe, 2021 you’re going to have an amazing time because we have been working…to bring you some amazing content on that stage,” she told BLACK ENTERPRISE. Torrez, who also serves as Hot 97’s Vice President of Artist and Label Relations, added that the live music festival is even more meaningful since many hip hop fans are anxious to attend in-person events.

“2020 was a bummer for all of us, right. We did not anticipate this pandemic being the way it was and just [taking] over 2020,” she said. “A lot of people have been stuck in the house. They haven’t had the opportunity to go outside and see a live show. Everybody has been watching on their phones. So, we’re like what can we do this year to just make it creative and cultural and just, you know, have a party with our family because we felt like we haven’t been together in so long.”

Meek Mill, Migos, Saweetie, Bobby Shmurda, and A Boogie are some of the stars slated to hit the legendary Summer Jam stage. In addition, super music producer Swizz Beatz will deliver a highly anticipated tribute to the late rapper DMX with a New York twist.

“He is going above and beyond to make sure that this moment as Summer Jam is a spectacular one,” said Torrez, revealing that Swizz is working on an over-the-top tribute for the iconic rapper who passed away in April. She says he shared his plans with her during a recent phone call that left her in shock.

“I’m like ‘damn, Swiss! I wouldn’t even have thought of doing something like that!’ It just goes to show you how much he cares about the culture and how much he loved DMX as a person, as a friend, as a brother, [and] as a mentor. So, he is putting all of his energy into making sure that this experience at Summer Jam is one for the books. His set is going to be amazing,” teased Torrez.

DaBaby is also scheduled to perform despite being dropped from several other music festivals like Lollapalooza, Governor’s Ball, and Day N’ Vegas after making homophobic comments at Rolling Loud in Miami last month. Torrez, however, would not comment on the station’s decision to keep the controversial rapper on the bill.

Nevertheless, the 20-year radio veteran promises that fans will not be disappointed at the one-of-a-kind festival.

“Tickets are still available at ticketmaster.com,” says Torrez. “You don’t want to miss the amazing tributes that we will be having on that stage, along with all the amazing artists who are working so hard to bring you an amazing show!”