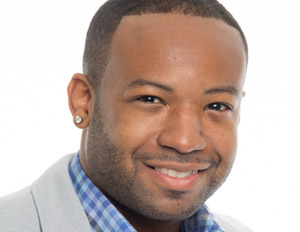 We have good news for you. You can have a cool career and make a good living. No need to choose between loving your job and paying your mortgage. The following profile, part of the BlackEnterprise.com Cool Jobs series, offers a peek into the nuts and bolts, perks and salaries behind enjoyable careers. As a young kid

Carlos King (@kingdomlos) was obsessed with watching television. When his brothers were out playing basketball, and his sisters were doing their own thing he was inside tuned into Teen Summit with Anonda Lewis (who he credits with inspiring him to pursue television) and Montell Williams.

Watching daytime television shows as a child has led to great success in the reality TV arena. With hit shows such as the “Real Housewives of Atlanta,” “Real Housewives of New Jersey,” “Love & Hip-Hop Atlanta,” “I Dream of Ne-Ne,” as well as “Oprah’s Season 25: Behind the Scenes,” King is living up to his name. Head of his own production company Kingdom Reign Entertainment, this TV professional phenom is positioning his organization to stay at the top of the reality TV market.

BlackEnterprise.com had the chance to catch of with King to discuss what it takes to make it in the television production industry, and to stay on top.

New York State of Mind: King was determined to make it in a big market, by almost anyÂ  means. “In 2002, I drove form Detroit to New York City with $500 in my pocket to pay for the first month’s rent. With only the rent money on deck, I had to hustle, and my hustle became interning,” he says. “In my first few weeks in NYC, I discovered where the Def Jam offices were and somehow bypassed security to make my way up to the internship coordinators office. Once I got in front of him, I explained my situation, the interest I had in interning at Def Jam, and that I was ready to start from the bottom.” King says the Def Jam professiona as so impressed that he had the ability to get past security and offered him the opportunity. “This internship created other internship opportunities with BET, The View, and Prime Time Live to name a few,” he adds. “Interning has opened many doors, and because of this, I offer internship opportunities in my Atlanta office. I am very particular with who I select because I started form interning. Too often I see to many young adults who are more interested in the fame and quick money rather than learning the craft.”

Hard Knocks Life: “Free is not always fun, but the grind will produce the fruit if you stay committed,” King says. “I was focused on mastering the minute details which enabled me to take things to the next level in this industry. In order to learn grow and understand the lower level positions you have to humble yourself. Gaining knowledge around everything from typing formats for the producers, to researching questions. Working for free at various networks really showed me how to get the lesson, focus on the craft, and remain humble.”

American Cool: King has been afforded opportunities of a lifetime. “The coolest part about what I do is being able to travel and meet my mentors,” he says. “Being able to work with Oprah Winfrey for a whole year is still surreal to me. No matter how many times you meet Oprah, it is like meeting her for the first time. Working with Tyler Perry showed me what it takes to be a black man owning your own studio with the ability to employ African-American talent.”

Beyond the Lights: “After it is all said and done seeing my parents so proud of my work means more than anything else. Hearing my mother sayÂ  “you have no idea how it feels to see your name in the credits,â€ keeps me moving forward. This is something so small to the world, but it is so big to her. It’s truly about the support and the feedback I get from so many people that I may never meet. It’s not about me it is about seeing other people aspire to reach for greatness.

1. Intern: Secure internships, and realize that you are really at the bottom of the totem pole. Come in early, be the last to leave, and be willing to hone your craft through hard work.

2. Build Relationships: It’s not just about passing around your business card. You have to maintain relationship, and stay in contact with people without being annoying. Another key point in relationship building is letting people know what it is you want to do, so when the opportunity comes around you are top of mind.