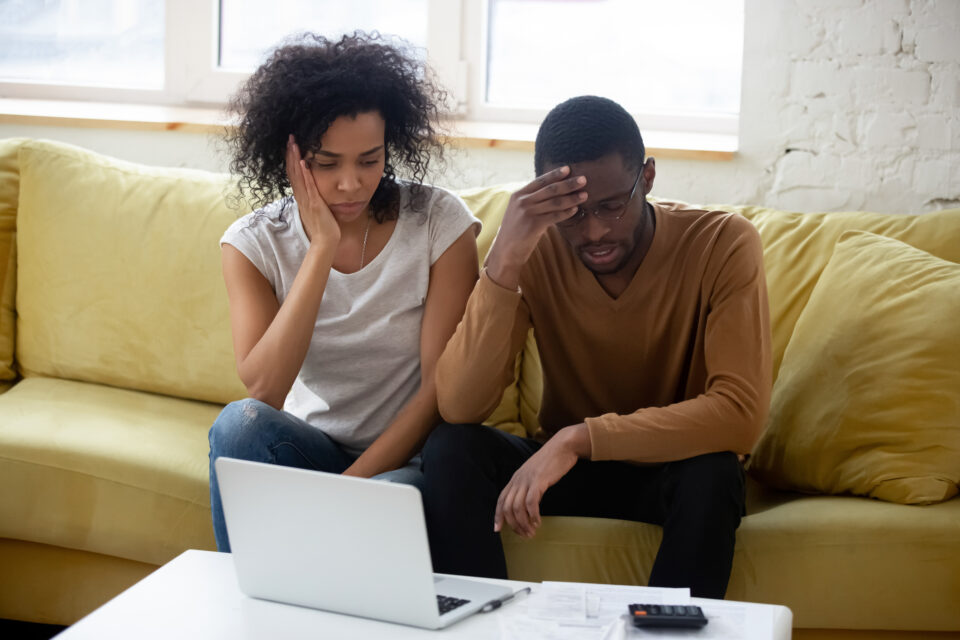 Already reeling from the devastating COVID-19 pandemic, Black Americans are now being trounced by new forces draining their personal finances.

Researchers say with the affordable housing supply declining and rents climbing across America, Black households are experiencing the meltdown much greater than others. The new developments come as many of those families were hit hard by a housing crisis before the pandemic started, including suffering from racial discrimination, historic inequities, and other adverse outcomes.

However, only 44% of Black households lived in homes they owned in the first quarter of 2020, compared with 73.7% for white families, data from Redfin.com shows.

And unfortunately, renters that could be overburdened the most, likely are people of color. Though Latinx and Black residents account for 18% and 12% of the U.S. population, they tally for 28% and 18% of the affected renter population, respectively.

According to Yahoo Finance , “The pandemic exacerbated inequalities that have existed for a long time,” says Jaboa Lake, policy research manager at Race Forward and a former senior policy analyst at the Center for American Progress. “What was already a crisis became an even larger one.”

According to the outlet, when Keisha Green, a single mother of five in Dallas, moved into a two-bedroom, 1½-bath townhome in 2017, the rent was $1,380 — now the rent is $1,700. Her household budget reportedly mirrors the tight living space her family is confined to, Yahoo Finance reported.

Before COVID-19, she had two jobs and hoped to rent larger place or buy a home. But the two paychecks turned into one. “Being a single mom,” she said, “I can barely afford this.”

But Green is not alone. Blacks are most likely  to be low-income and cost-burdened, Lake says. Plus,  there is a big shortage of affordable housing nationwide, with those estimates totaling up to 6.8 million.

Inflaming circumstances, billions of dollars in federal emergency rental aid have not reached families in need as eviction moratoriums across the country slip.

Over $2.3 billion was paid out in August to 420,000 households, the most of any month to date, according to the Treasury Department, but millions of Americans still worry about being evicted.

The upcoming wave of evictions will unduly displace Black households, which are the most likely to be behind on rent payments, Lake said. Black renters, particularly Black women, are at the highest risk.

This link offers some tips on how to avoid eviction.