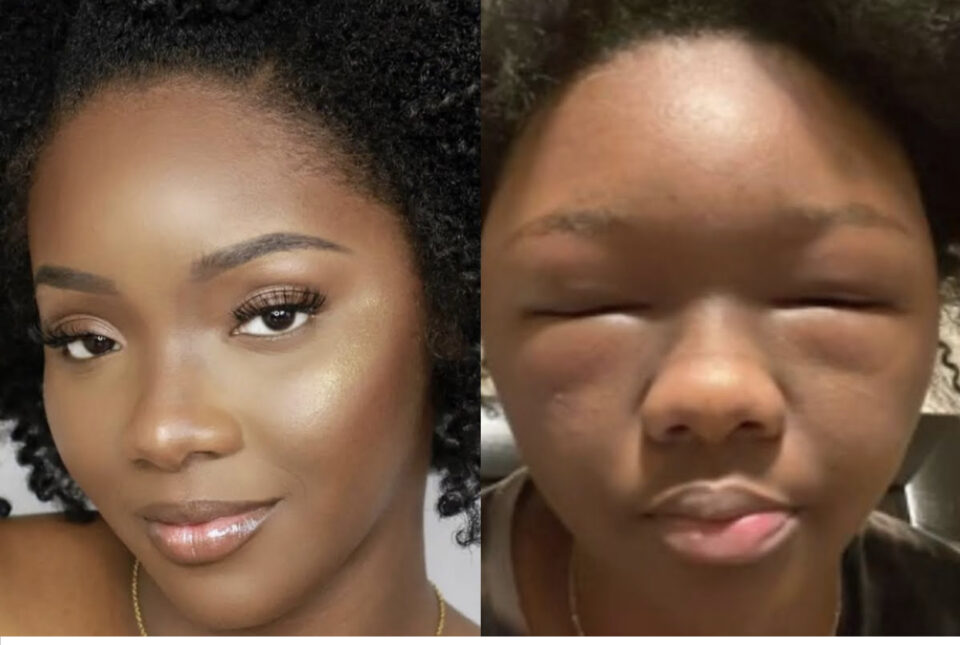 A Texas woman recounts her experience with a hair-raising reaction to a color dye she used on her mane. Her face was so swollen that she found it amusing how much she resembled an emoji.

The New York Post reported that Houston native Shanika McNeil, 29,  explained the cosmetic incident to Kennedy News and Media after she colored her hair back in January.

She told the outlet, “I was laughing at myself because I did look extremely funny.”

Initially, the dying process went well until the unexpected crept up the following morning.

“I dyed my hair myself on Sunday evening, and it was fine; I had no issues,” McNeil described. “Then in the morning, I woke up, and I had a headache — it lasted all day and then probably around 3 p.m. I noticed I had this line around my forehead and a rash.”

As the day went on, McNeil’s symptoms worsened. She said her scalp was “burning like it was on fire” and “could tell my scalp was oozing” when she held a napkin to it. Hours went by while her “forehead was getting puffier.”

The alarming conditions undoubtedly concerned her, so she rang a doctor for help, who confirmed she had an allergic reaction to PPD, a chemical ingredient used in the hair dye, Kennedy News and Media reports.

PPD is a known allergen and irritant resulting in the most reactions to hair dye. PPD can trigger itching and rash hours or days later, from mild swelling to anaphylactic shock. Severe symptoms, like anaphylaxis, can develop within minutes.

The medical professional reportedly prescribed McNeil antihistamines and steroids to alleviate the swelling, which also relieved her pain.

But her return home was not sweet. The symptoms took a turn toward catastrophe.

“Every hour I looked at myself and my forehead was getting bigger and the swelling was worse,” McNeil recalled. “It looked like I was an emoji, it was very weird. My whole family was panicking because I looked so strange. A lot of people said I looked like I was in a fight.”

She experienced a case of hyperinflation, according to the outlet. Though funny at first, her animated selfies became a nightmare after “the pain kicked (back) in,” causing her eyes to be “completely swollen shut.” She couldn’t even see for a few days. It took two weeks and two rounds of antihistamines before she completely recovered from the allergic reaction.

The dye eventually inflicted her head with bald spots and eczema, so she had to use “baby shampoo for weeks.”

“I’ve told people to do a patch test every time they use it [dye] and if you are sensitive to it, look for a dye that doesn’t have PPD in it,” McNeil said.