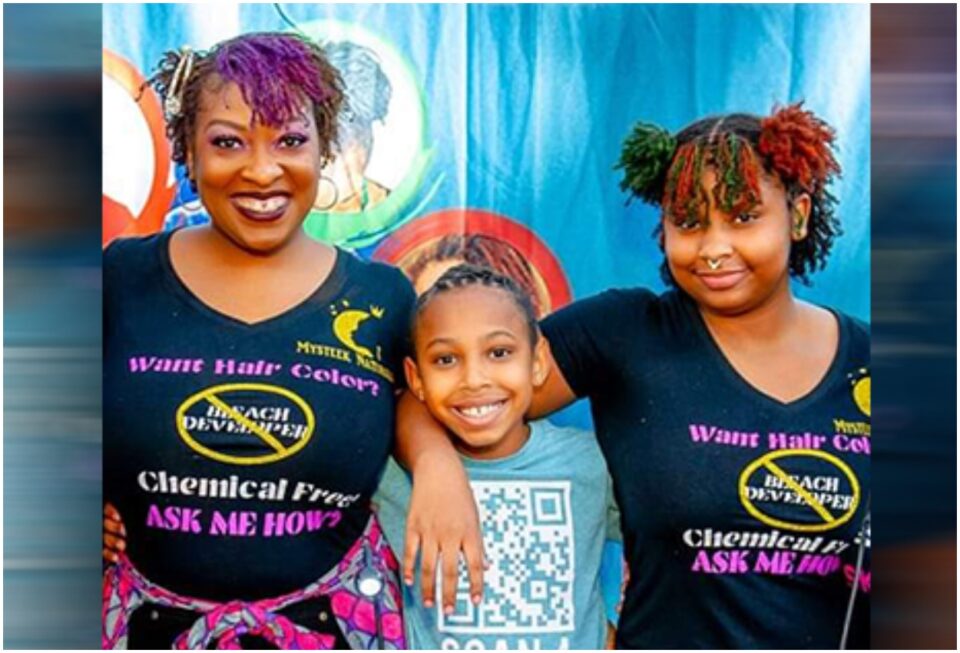 Electra S. Harris, a busy mom of three children, is the founder of Mysteek Naturals, a successful Black-owned brand that manufactures temporary hair color products that are completely free of harsh chemicals. However, when she first launched her career as a full-time entrepreneur, she once made a critical mistake that almost killed her business.

Electra started her business in 2017, and by 2020, her business had already grown to the point where she was getting thousands of monthly orders, and she even had her own warehouse and manufacturing facility.

That same year, in order to scale her business, Electra sought out a line of credit for $35,000 but admits that she did not fully understand the terms in which she would need to repay it. Sadly, to keep her company afloat, this forced her to take out another loan for an additional $35,000 so that she could keep up with the payments on the first loan and also cover the expenses of her overhead, inventory and employee salaries.

To make the situation even more difficult, during this time period, Electra had a newborn baby boy to attend to. Also, she and her entire family had been diagnosed with COVID-19. In addition, Electra had pneumonia which resulted in her being hospitalized twice.

How her business survived

Initially, Electra thought that her business would never recover. However, she refused to fail. She says that she dug deep and found different ways to finance her business organically. She also says that she relied on her “tribe” for support, and even was very transparent with her customers about the company’s “hardships.”

Thankfully, because of the support that she received from the Black community, she never once faulted on being able to manufacture, ship orders, or keep inventory in stock.

However, she did have to stop paying herself a salary, and she began investing every dime of revenue that came into the company back into running the business and paying off the loans. This enabled her to pay off both loans within just one year.

Electra explains that her business mistake was actually a blessing in disguise. She comments, “It taught me to look at every part of the business. I had to think about what is a ‘need’ versus a ‘want’ or ‘excess?’ How many employees did I truly need? What positions within the company were truly most important? Where was money being wasted? What subscriptions/apps were most efficient?”

She considered shutting down the business many times, but she kept telling herself that one difficult year would be nothing in comparison to all of the years of success that she would enjoy after recovering financially. She also kept reminding herself that with the ongoing pandemic, she could not have been the only entrepreneur that was in a tough financial situation with loans.

Fortunately, by the end of 2021, she was able to officially say goodbye to the loans that plagued her, and also goodbye to being easily misinformed about the avenues of financial assistance.

Thanks to Electra’s determination to keep the doors open, her brand has risen again like “a phoenix from the ashes” to conquer the hair color industry. Even more, Electra is in a better position to help other entrepreneurs with the valuable knowledge and experience that she now has. “Only the strongest survive,” she says.