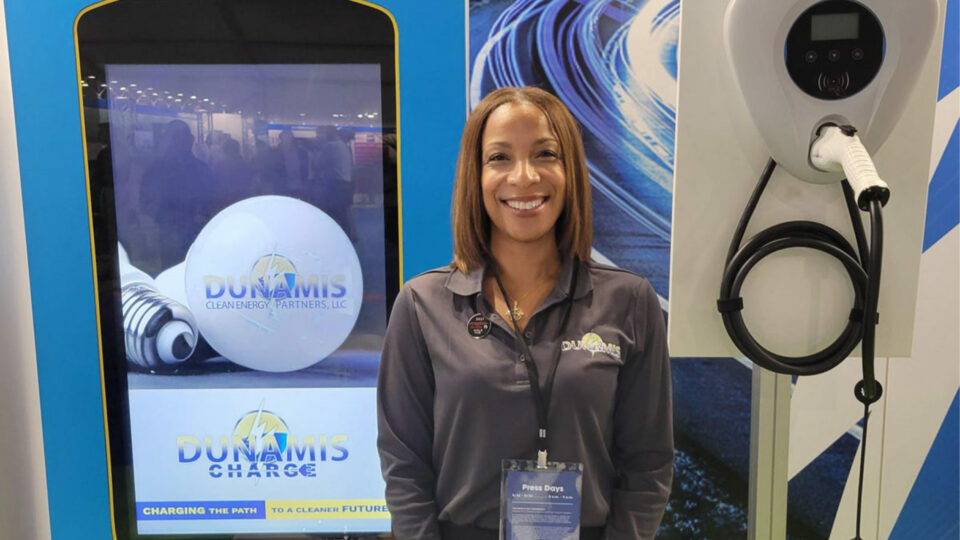 Having a passion or being tired of working for someone else are reasons people start a business.

For Natalie King, that entrepreneurial push perhaps came from a dream. The former attorney became her own boss upon awakening from a cat nap after church,  per Forbes. That doze resulted in King launching Dunamis Charge; the first Black-woman owned maker of electric vehicle (EV) recharging stations.

“I woke up from that nap, and there was a clear direction of the next thing you need to do is electric vehicle charging manufacturing,” King stated in an interview at her firm’s booth at the Motor Bella auto show.

Yet, it has not been a cakewalk for King. Her quest to create Dunamis Charge began in 2007 after she and her former husband started a solar energy firm. But when the marriage ended, so did the company. Yet, the breakup did not defuse King’s zeal for solar energy.

Five years later, she created Dunamis Clean Energy Partners, a  trade ally firm for several utility companies and incentive procurement with a large concentration on commercial and industrial customers. King’s business also performed energy auditing for various companies. While doing the audits, King discovered many of her clients were upgrading to LED lighting. She gained a big LED deal with several Michigan health clinics, but a local manufacturer she was working with never delivered the product. “I was devastated,” she said.

Following the advice of a mentor, King proceeded to produce the LEDs herself. She spent time in China developing relationships with several OEM manufacturers, and in 2015,  Dunamis Lighting was created. Dunamis Charge is among the businesses listed on her company’s website.

Now, King is running Dunamis Charge with three different chargers. One is a fast charger that can recharge a vehicle in 30 minutes. It includes a screen that can be used for advertising as an added revenue stream for operators. Another is a residential model that can be mounted on a garage wall that recharges an EV in four-to-six hours. And there is a commercial model that can be installed in a parking structure.

“Once we get our certifications and testing approved, we would be considered a qualified vendor for their dealership base,” King stated. Future plans for Dunamis call for beginning production in November at a Detroit factory with about 30 assembly workers and technicians. King said she expects the workforce to double in a year and quadruple by 2025.

The timing of her venture could be potentially fruitful. According to Grand View Research, the U.S. electric vehicle charging infrastructure market was valued at just over $2 billion in 2020. The EV charging business is expected to expand at a compound annual growth rate of nearly 39% from 2021 to 2028.

King says her company is marketing its chargers to corporations, utilities, municipalities, and state agencies to administer federal funding to roll out the EV infrastructure.

To boot, King is scaling new heights as a Black American woman entering the EV recharging space dominated by men.

“It means a great deal to me to be the first Black woman-owned EV charger manufacturer in the country,” she said. “I am really hoping there are more to come. I want to make sure communities of color are not marginalized and not left out of this opportunity and the multiple benefits this industry brings.”