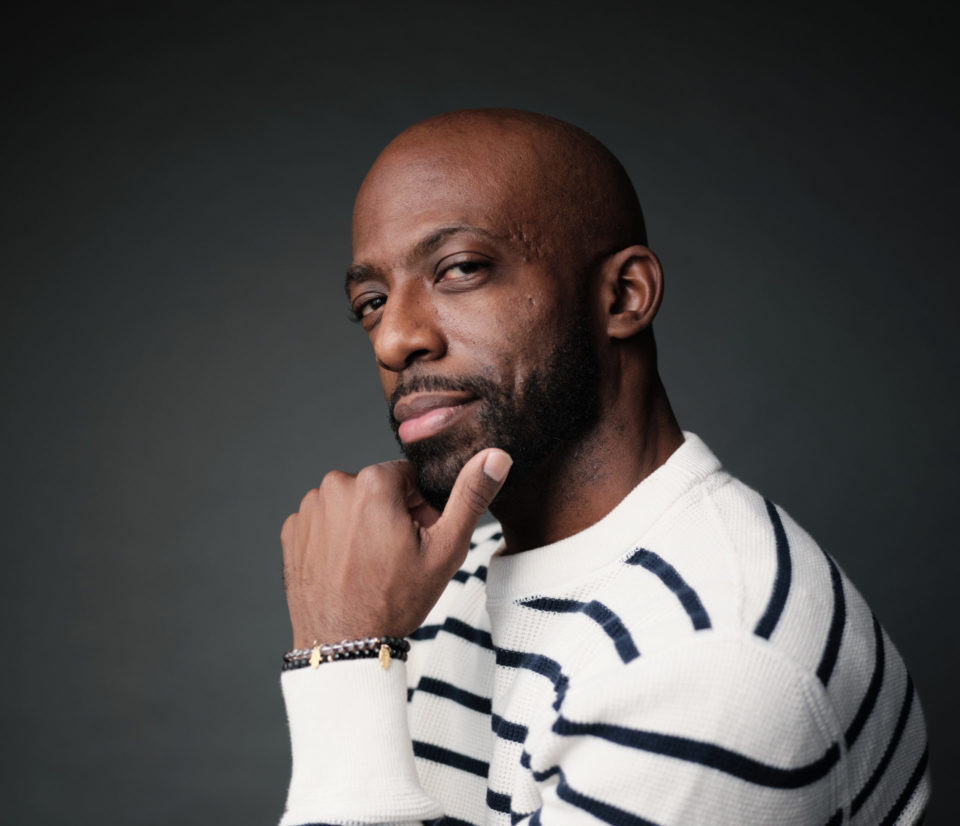 With access to cameras and publishing tools at the tip of our fingers, it seems like just about anyone with an idea and a phone can become a content creator.

Nevertheless, to become successful and get past the long-time impenetrable ‘gatekeepers’ in the entertainment industry, it still takes hard work, strategy, and a level of intelligence one can’t learn in one viral video.

David Hunter Jr. has spent more than15 years honing, building, and perfecting his craft, most recently through his production company ‘Made for More Entertainment.’

Years ago, Hunter, Jr. and his brother Daniel Hunter, along with their business partner Tatiana Johnson, created ‘Made for More Entertainment‘ a full-service production company. This was years after acting,  auditioning, and working in Hollywood.

BLACK ENTERPRISE got the chance to catch up with Hunter about his series ‘Can U Relate,’ ‘Post In Black,’ and more.

BLACK ENTERPRISE: When did you first decide to even get into acting and producing and when did you want to pursue this as a career?

David Hunter, Jr.: I’ve always loved TV and I’ve been entertained and I don’t know how, but they used to tell me when I was little that I would be entertaining the adults and saying stuff. And I would pick up on things pretty quickly. They couldn’t watch the adult TV shows around me or late-night TV because I would pick up on things really fast. And then in middle school and high school, I did a lot of plays at church. I also played the drums growing up. I was always in the arts, but I think really in high school, I just wanted to go to the movies all the time. I ran track, I played basketball, but after track practice, if I wasn’t doing anything at home, if I wasn’t in church, I was at the movies—and that was really how I got started. I knew I wanted to be an actor from that point.

BE: A lot of actors, if you’re not from LA, come to the point where they take a leap and come to Tinsel Town to go all-in on their dreams. When did you decide to move to LA?

DH: I went to Hampton and I knew even my freshman year, I wanted to be in LA. I wanted to study film and TV and at Hampton at the time they only had Theater, but that really gave me a love for the arts in a way that I’d never really known before. So when I started, I was doing theater all the time. It was a small department so we really got our hands dirty, being active. Also, I had the fortunate opportunity to have some older people, big sisters and big brothers, that were moving to LA before me, so I kind of got the lay of the land from them.

BE: How did you start Made for More Entertainment?

DH: The idea came to me years ago. When I was working at the theater, I got sick and that was a life-changing experience for me. Long story short, I was really big, solid—I also worked at a gym and I lost almost 50 pounds in a month. I ended up going in and out of the hospital for a year and doctors didn’t know what was wrong with me, it was really bad, my whole body shut down.

When I got healed, I remember praying.[to God] ‘If you heal my body, I’ll tell everybody you did it.’ So that’s why I mention it every time because, seeing people pass away, it’s like, I’m grateful I’m still alive.

People don’t even know that I’ve been through that and I don’t take it for granted. I remember during that time period, I’m like, why is this going on? Then when I started to get my body back, [God] was like, ‘You’re just focused on acting, but I have more opportunities for you.’ So when I couldn’t act, I was doing a lot of writing. I’d already written poetry and I was in a spoken word troop and we performed in Hollywood, but then I started writing projects and little shorts in Microsoft Word, I didn’t have a writing program. It was all jacked up, but I really started creating in that way.

It got me thinking ‘Maybe this is something I can do too. I know this, I just need the right format.’ That’s when the idea came. ‘They said you’re made for more. For more than just being an actor.’ I created my first web series, called “The Process’ and we got to hire people and it was like, ‘Wait, we’re hiring people for something, I wrote,? Then then, we got licensed to Black and Sexy TV, and they were killing the game at that time and so I’m like, ‘Wait, they believe in what I’m doing and something I wrote?’ And so that just never left me—that I was ‘made for more’ than just being an actor. I don’t want to be 55 years old still hoping that I get an audition. I want to be creating opportunities so that I can enjoy life with my family, you know, future wife, all that.

For more information on David Hunter and his projects, visit madeformoreentertainment.com.