Arthur Wylie: 'Only the Crazy and Fearless' Are Winners In Business 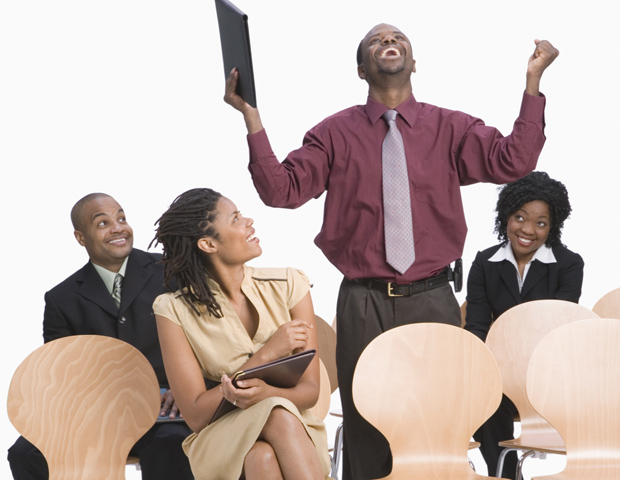 Arthur Wylie made his first million by the age of 26—not by playing it safe and following all rules, but by using a “crazy and fearless” plan of attack.

As a college student, he started his own wealth management company, taking on clients from his dorm room.Â  “At the time, the job market was shrinking, and I knew the best way to get a job was to create one,â€ Wylie says. “I wanted to look at a way to earn money, be good by myself and contribute to my family.â€

With a father in the financial services industry and several mentors, Wylie was able to expand his brand into film and real estate.

Today, the founder and CEO of Arthur Wylie Enterprises shares his secrets to success in his latest book, Only the Crazy and Fearless Win BIG! The Surprising Secrets to Success in Business and in Life (BenBella Books; $24.95), exploring the inspiring stories and enterprising success models of innovators and entrepreneurs who took risks and reaped the benefits of thinking beyond limits.

BlackEnterprise.com caught up with Wylie to find out how being crazy and fearless can lead to career fulfillment and lucrative prosperity.

BlackEnterprise.com: What are some of the skills that “crazy and fearlessâ€ leaders use every day?

Arthur Wylie: In the book, I looked at common traits of successful businesspeople — Steve Jobs, Henry Ford, Mark Zuckerberg, Sean “Diddyâ€ Combs, Sara Blakely. They all had a crazy vision and created things even when they did not already exist. For whatever they wanted to do, they thought big. It wasn’t just about that, they put together a fearless plan of attack. They had a vision and a power plan, knew how to execute, how to market themselves and how to deal with the unknown. They were comfy with understanding that if they continued on their path, they wouldn’t have to worry about what would happen next because they did the right thing to prepare. They knew how to network with the right people and they were okay with dealing with that fear factor.

Speaking of the fear factor, many young people are taught to play it safe when it comes to life and their careers. How can young people tap into being crazy and fearless to achieve success?

Sometimes it’s a bigger risk not doing anything that goes above and beyond the norm. To say, ‘One day I’m just going to walk off my job’ is not what I’m talking about. You have to have a plan of attack—that crazy and fearless plan. You have to think beyond boundaries and execute.

White People, You Will Never Be Suspicious Like Trayvon Martin