How Buying a Historic Home Can Save You Money 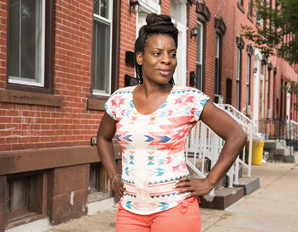 For Trenton, New Jersey, resident Hattie Wilson, purchasing a home in a historic inner-city neighborhood close to where she grew up was an unplanned surprise. She never seriously considered buying a home, until circumstances changed and she became a single mother. “I never really planned on buying a home,â€ says the 34-year-old. “Now, I had a child and needed a larger place to live.â€

[RELATED: Buying vs. Renting: The Pros and Cons]

After discussing her situation with her family, Wilson eventually decided to hire a realtor to help her navigate the often tedious and complex process of buying a home and found Trenton realtor Shelly Bryant-Reed. Reed stressed to Wilson that owning a home “should be a reality for most people–especially for people of color,â€ adding that, “home ownership is the foundation for establishing wealth and a legacy.â€ Still, Wilson feared home-ownership was beyond her budget, until Reed came up with an idea Wilson had never considered: buying a home in a historic district. “She encouraged me to look at properties located in city designated historic districts because they often tended to be higher quality and well-maintained homes,â€ Wilson says.

Wilson eventually purchased a two-family row house in Trenton in 2012 for $104,000, using a $3,000 down-payment toward the purchase through her savings as a medical secretary for a nursing home.Â  This gave her a $750 mortgage, which was well within her budget. The savings also allowed her to do extensive renovations, including adding a new roof, fencing, and updating the bathroom, improvements that required inspection and approval from this city due to the home’s historic designation.

Wilson says the renovations cost less than $10,000 and increased the value of her home by more than $20,000 in less than 3 years. Not only did the savings and renovations fit within her budget, but she was also able to reduce her mortgage from $750 to $375 by taking on a tenant.

According to Jonathan Mabry, a historic preservation officer at the Department of Urban Planning and Design Center in Tucson, (AZ), Wilson can also look forward to a significant appreciation in the home’s value. A comparative study of local historic districts in New Jersey, Texas, Indiana, Georgia, Colorado, and Maryland, showed that the economic effect of buying a home in a national or local historic district is an amenity for home owners. For example, Mabry cited a study in Memphis, Tennessee, which found that homes with a local or national designation added nearly 20% to assessed property values within four years.

Additionally, national and state-level property designations convey more prestige to an individual property, area and community. John Harmon, president and CEO of the African American Chamber of Commerce of New Jersey, says promoting and advocating home buying in historic and landmark friendly communities in Trenton is a goal of the organization. “We want to bring the city of Trenton back to its heyday and create economic solvency for our people,â€ Harmon says. “Owning a business or owning a home in a historic district is a win-win situation for the city and the home-owner because it preserves the community and establishes a base for wealth.â€

Wilson is also establishing a ‘base for wealth’ for her children. She now has a five-year-old daughter and a 12-year-old foster child. “Buying my home was a big step toward establishing a secure financial future for my children.â€

Wilson’s advice for anyone considering buying a home is to give serious thought to making a purchase in a historic district.Â  In addition:

Choose a good realtor.Â Inquire about available properties in historic districts. Select a realtor that is familiar with the value and significance of buying a home in those areas. “My realtor carefully guided and explained the entire process–all the paperwork, and legal stuff, and I was able to buy the right home for my family.â€

Understand the requirements of owning a historic home:Â There are compliance factors with regard to maintenance and renovation. Be sure to contact your local chamber of commerce to find out what’s required.

Know your tenant:Â If you chose to make rental income while in the home, make sure your tenant understands your maintenance obligations and that maintaining these standards is part of your legal requirement.

This story was written by Glenn Townes