How Countries Around the World Give Thanks 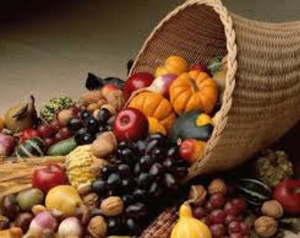 Although Thanksgiving is considered an American holiday, countries around the world, such as Ghana and Korea, also give ‘thanks’ with family celebrations and festivals.

Here are a few cultural traditions from around the world that give thanks:

[Related: Cut the Cost of Thanksgiving Dinner With These Tips From Sunny Anderson]

Canada
Thanksgiving in Canada occurs annually on the second Monday of October. Similar to the Thanksgiving tradition in the United States, most families celebrate with a traditional roasted turkey dinner.

United Kingdom
The Harvest Day in the UK takes place at the end of September. It’s one of the oldest celebrations in the UK. Typically, communities decorate churches with produce for a special harvest service. According to a recent Telegraph UK article, there were 177,185 Americans living in England and Wales so it’s becoming increasingly fashionable for restaurants and pop-ups to host Thanksgiving meals.

Here’s a round-up of the 13 best places to go enjoy a Thanksgiving feast in the UK.

Ghana and Nigeria
Named after the most common food in many African countries, the Yam Festival marks the end of the farming season and is usually celebrated in August or September. It is celebrated with a series of cultural festivities, such as traditional dances, food, and drumming in traditional outfits.

Israel
Succoth is a week-long Jewish holiday celebrated on the 15th day of the Hebrew month of Tishri. The holiday honors the pilgrimage of the Hebrews who traveled to Canaan. In honor of the holiday’s historical significance, people build make-shift shelters as their ancestors did while traveling across the desert.