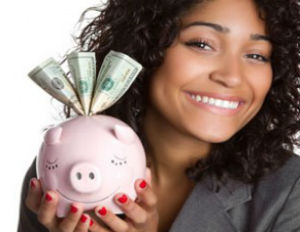 This post was written by Dawn Brown, CFPÂ®, a regular BE Smart contributor and senior financial adviser at Altfest Personal Wealth Management. For more about the author, scroll down to the end of this post.

[Related: 5 Savvy Ways to Save For Your Child’s College Education]

With the ever increasing cost of college, those of us with school-age children need to incorporate college savings into our budgets. Though salaries are often stretched just meeting fixed expenses, putting savings aside early will help future college prospects and should put them in a better economic position in the future. According to the U.S. Census, in 2014 households headed by a bachelor’s degree holder between the ages of 25 and 34 earned about 66% more than households headed by those holding just high school diplomas.

Saving for college must be considered one of your overall goals. In establishing a budget you need to first determine your goals and then prioritize them. They should then be broken down into short- and long-term time frames with a cost attached to each. Be realistic about how much you can put aside. Look to see where you can reduce your variable (as opposed to fixed) costs to save for each of your goals.

Once you have done your budget and calculations, determine how much you can put aside for college savings and put those savings on automatic. Open up a 529 plan and contribute to it monthly. These funds will be invested and grow over time. Remember, starting early is the key. For example, if you plan to send your 1-year-old daughter to Spelman, the total cost quoted on the college’s website for 2015—2016 is $38,751. If you use the “World’s Simplest College Cost Calculatorâ€ on savingforcollege.com, it figures you will need to save $755 per month to cover the total cost of four years of college for your little one. Assuming a 4% inflation rate, the cost for college totals about $321,000. By investing $755 per month and assuming a 6% annual return, you will have enough to pay for college.

Of course, this savings amount just isn’t feasible for the vast majority of Americans. Instead, your goal should be to save what is affordable for you given your overall financial situation. You can determine this by taking an in-depth look at your finances and determining where you can cut back to save for college costs.

Don’t try to save for the full cost of college if your budget cannot initially handle it–you can always increase your savings over time. Saving regularly, even if it’s a small amount, will make a difference. Just starting is a step in the right direction and will result in a lesser need for loans in the future.

Dawn Brown is originally from Birmingham, England. She received her B.A. with honors from Birmingham City University (formerly Birmingham Polytechnic). She is a graduate of Pace University’s Financial Planning Program, a CFPÂ® licensee, and a member of the National Association of Personal Financial Advisors, or NAPFA. She has appeared in many media publications, including The Wall Street Journal, Money, Consumer Reports, and Black Enterprise.

FacebookTwitterYoutube
← REPORT: Most Commercial Airlines Will be ‘Connected’ by 2019 ← Tech Trends That Will Disrupt the Way Businesses Engage With Customers
×