Want Your Voice Heard? Advice on How to Get Speaking Engagements 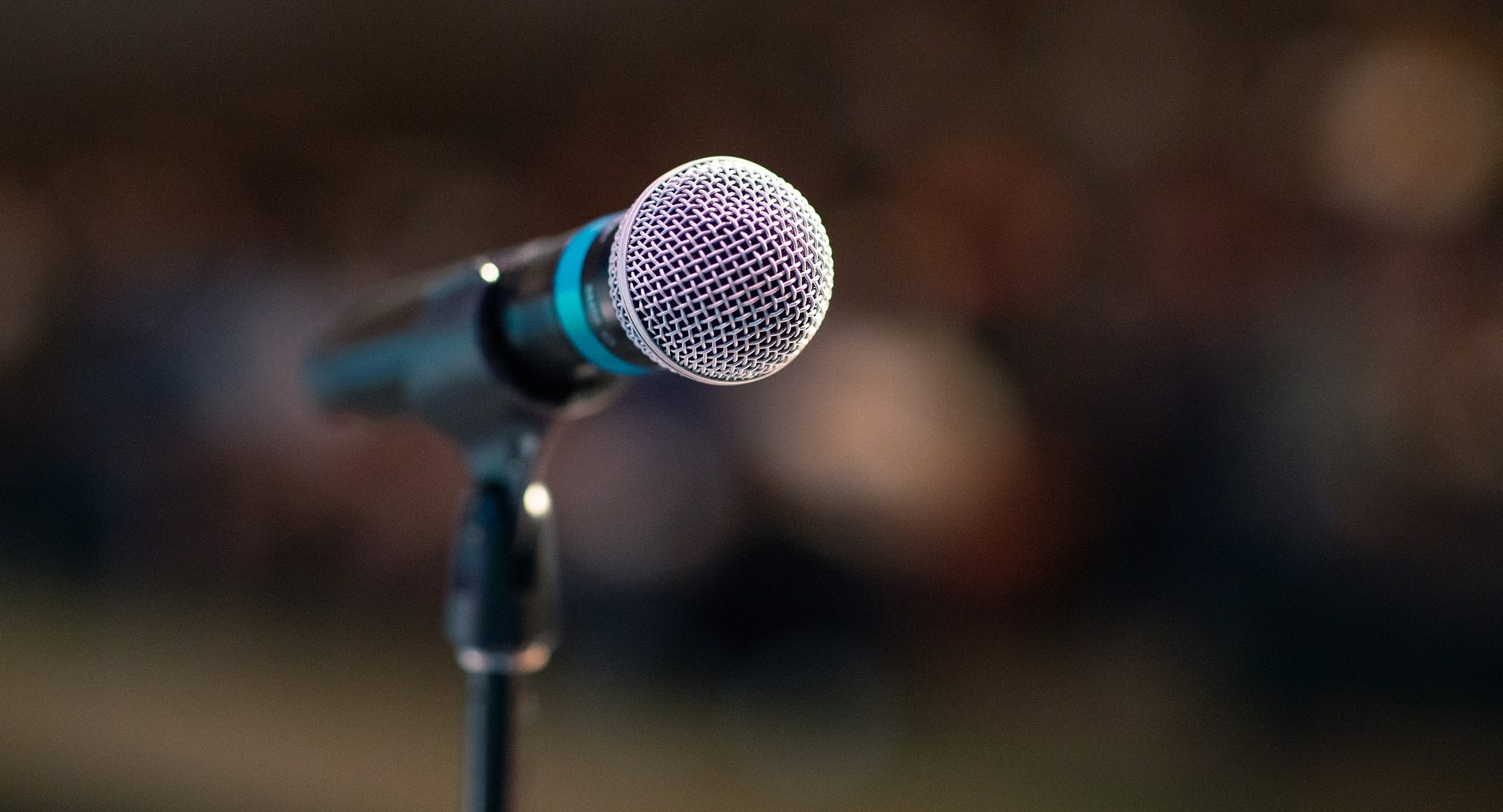 Courtney Sanders is a speaker and podcaster who knows a thing or two about getting her voice heard. Having had the opportunity to grace many stages – including those for the United Nations and White House, Sanders offered advice for ways to clinch major speaking engagements.

How to Get Speaking Engagements

Positioning Yourself as a Speaker

Wanting to speak publicly and even being a great speaker are not enough to clinch major speaking engagements. Sanders began positioning herself as a speaker by doing two key things – hosting her own events and telling her network that she is a speaker.

“Hosting my own events was really helpful as it gave my community an opportunity to hear me speak, as well as me an opportunity to document my speaking ability when pitching myself to other engagements,” she says.

“Simply telling my network that I was now doing public speaking was extremely helpful, as that’s how my first paid gig came my way. A colleague of mine, who also is a professional speaker, had a gig that he was no longer able to speak at so he referred me. The only reason he gave them my name was because I posted on Facebook a few days prior that I was now accepting speaking engagements. When you let people know that you speak, they will keep you in mind when opportunities come up.”

It’s also important that you are a groomed speaker. While experience certainly assists to make you better at your craft, having a coach or expert friend provide you with advice is priceless. Sanders shared:

“I do not have a formal speaking coach. Though, I have a friend and colleague, Stacey Flowers, who has helped me both formally and informally with my speaking technique and career. She’s an amazing professional speaker who has graciously shared a lot of wisdom with me over the years,” said Sanders.

Pricing Yourself as a Speaker

Many speakers (women, especially) have difficulty pricing themselves. Sanders explained why she feels this is such a challenge as well as her suggestions for doing so correctly.

“I believe pricing ourselves is such a challenge because we naturally undervalue our talents. For instance, speaking comes incredibly naturally to me and I’ve been good at it since I was 4 or 5 years old. When something is both easy and enjoyable for you, it’s easy to get in the habit of undervaluing yourself because you think it’s no big deal and in the beginning, you’d gladly do it for free!”

“To avoid undercharging in the beginning, I started networking with other professional speakers and set my prices within the same range as peers who had similar experience and visibility as me. As I continue to get bigger and better speaking engagements, and thus refine my craft, I increase my prices to match the new level of value I’m able to bring to my audiences.”

Dealing with The Nerves

According to the National Social Anxiety Center, the fear of public speaking is the majority of the population’s biggest fear – ahead of spiders, heights, and even death. Public speaking anxiety, also known as glossophobia, is said to affect 73% of the population. The fear of being embarrassed of messing up in front of peers and the negative judgement of onlookers leave many paralyzed.

But what does one do when they have something of value to share with the world? They re-channel those jitters into something more positive.

“I wouldn’t say I get nervous, but I do get that “jittery” surge of energy right before I step on stage. I think everyone gets that feeling; it’s just a matter of how you frame it in your mind. For new speakers, they start to feel jittery and think ‘Oh no! I’m nervous now!’ If they’re not careful that train of thought can totally derail their delivery. For me, when I feel those jitters, I get excited and say to myself “IT’S GO TIME!” In other words, I use the physical jitters as validation that I’m about to really bring it on stage.”

If you get nervous speaking in front of a crowd, try re-channelling nervous energy. Also, practice multiple times in advance (preferably in front of family and friends or your mirror), along with taking a few deep breaths before stepping on stage. Breathe in for a count of four, hold, and out for a count of four to relax yourself a bit.

Setting boundaries is essential for earning respect in your industry, maintaining your sanity, and enjoying your role as a public speaker. Because of this, I had to know the boundaries Sanders felt were necessary to form from the onset.

“I think the biggest boundary you have to set for yourself as a speaker, or even as an entrepreneur where your knowledge is your product, is what you will and won’t do for free. At times, speaking or giving expert advice for free can be beneficial to gain more experience and exposure. But I’ve noticed that as you get better at what you do those that are close to you will want you to speak or advise them for free, and if you’re not careful, you’ll miss out on paid opportunities because you’re committing to so many free ones.

“For me, I set boundaries by — one, getting clear on what non-monetary benefits I’m willing to exchange my time for, and two, how much time I have every quarter or year to gift my services to people and causes I care about. For instance, I was not paid to speak at the White House, but I was of course willing to do so in exchange for the experience, networking opportunities, and footage for my speaking reel. As you can imagine, speaking at the White House has opened many doors for me, including a recent speaking engagement I did at the United Nations in New York City,” she says.

Public speaking gives you a platform to share your knowledge with others and position yourself as a thought leader in your niche. If you’re really great, it increase your visibility instantly.