How to Save Money on End-Of-Summer Travel Deals 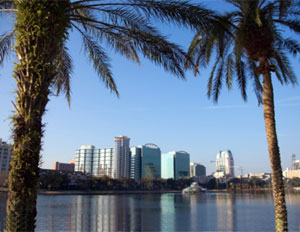 Even though school is back in session and the calendar reads September, it’s actually not too late to do something fun–and financially smart, too. I’m talking about taking a true end-of-summer getaway. Now, before you think that the time for a summer vacation is over, consider that the summer season actually officially ends September 30, giving you a few weeks to squeeze in a last-minute trip or long weekend at bargain basement rates.

Many people underestimate “the power of a weekend getaway in September,â€ says travel guru, author and MochaManual.com “mom bloggerâ€ Kimberly Seals Allers. “But a lot of great deals are available from now until September 30th.â€

The reason deals currently abound–from San Francisco to Washington D.C. and all points in between–is because hotels, restaurants, airlines and others travel-related businesses are eager to attract customers during what is traditionally a slow season. So if you have even a wee bit of flexibility in your schedule, that makes the last few weeks of September a prime time for discounted travel.

For a girlfriends’ getaway, individuals with kids, or people with an interest in African-American history, Allers recommends the Orlando, FL region as a prime destination worth considering. Right now, the city of Orlando is pulling out all the stops to lure visitors, by packaging everything from 50% off hotel rates to sweet food deals to steep discounts on attractions and local points of interest. A full list of “2nd Summerâ€ travel deals can be found at VisitOrlando.com/deals.

Beyond Orlando’s well-known theme parks, Allers says the eco-tourism side of the area is sure to be a hit with children of all ages, especially activities like zip lining at Gatorland, learning about birds at a local aviary, or taking an airboat ride to the Florida everglades to enjoy nature.

In July, Allers took her own daughter Kayla, 11, and her son Michael, 7, to these places and the kids had a blast. The family also went to the Kennedy Space Center, a short drive from Orlando, and had a meet and greet with an astronaut.

Orlando shopping and restaurants will be a draw for friends traveling together, Allers adds, noting that in Orlando, September is “Magical Dining Month,â€ so more than 60 restaurants are offering three-course, prix fixe dinners for a wallet-friendly price of $30.

For a bit of Black culture in Orlando, there’s the legendary Wells’ Built Hotel, which was the only place in the area that African-Americans–including the likes of Ella Fitzgerald, Thurgood Marshall, and Jackie Robinson–could get lodging during the era of segregation. Right outside of the city, as well, is the historic town of Eatonville, “where a welcome tour shows you a lot of historical significance about this place, which was the first municipality in the U.S. to be incorporated by Blacks,â€ Allers says. Eatonville is also the hometown of Zora Neale Hurston–a festival in honor of the writer is held annually and The Hurston Museum showcases the work of Black artists every year, starting with an exhibition season that is free to attend and kicks off each September.

If Florida is too far, “think about a destination that’s drivable,â€ Allers suggests. “Traveling can give your kids a great experience and if you can get one or two mini breaks in, it really helps the school year move along–and pretty soon it’ll be time for winter break.â€

In the meantime, if your getaway gives you a break without breaking your budget, consider yourself lucky–and financially savvy, too–as you enjoy one last summer hurrah.