How to Stay Focused in a World of Political Distractions 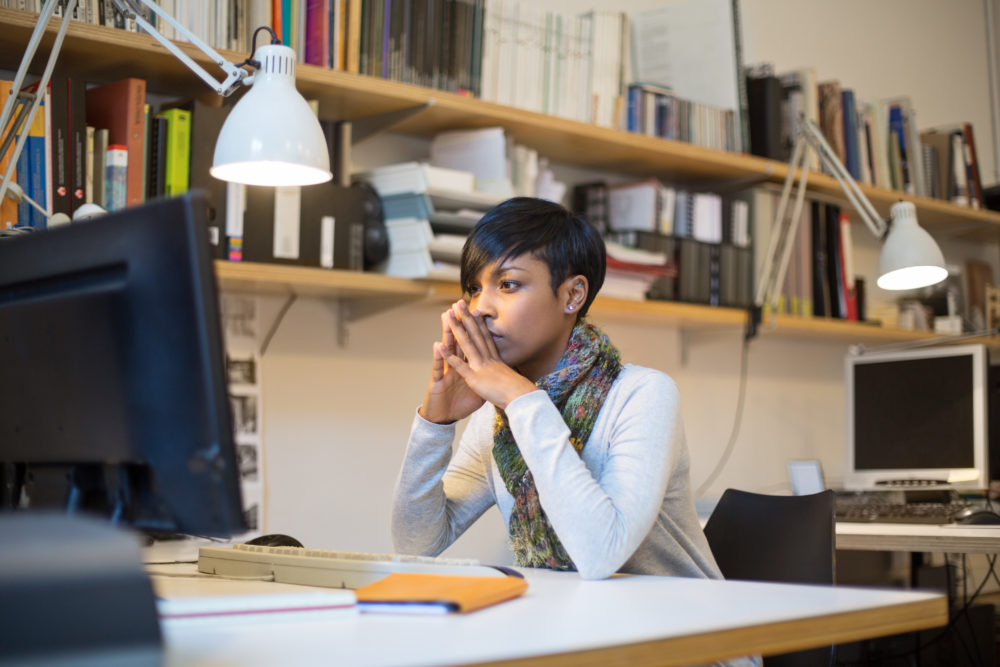 The current political and racial news is a daily distraction for many of us; no matter our political leanings. A recent poll by the American Psychological Association revealed more Americans are feeling “stressed and cynical” at work because of politics. More than half of those surveyed said political talk at work caused a negative outcome.

So do you resist the temptation to join in on the ruckus and instead, remain focused on work and goals? Two experts offer advice.

“It is paramount to stay abreast of what is going on in the world, but it is also important to not allow yourself to get swallowed up in it,” says Shekina Farr Moore, an educator, gender and social justice advocate, and founder of B2F (Blah to Fierce) Girls—a mentoring program.

Moore provides three recommendations to stay focused on your purpose while grappling with local, national, and world news:

Limit your exposure to TV and social media.

Stick to dedicated times to engage with your audience and friends, on Facebook, for example.

If you address a controversial issue, remain positive and stick to your core message.

When offering your opinion on an issue, state your peace and be done. Don’t engage with trolls or go back and forth with argumentative people. Your message will get lost.

Decide if a hot-button issue is something you can be a part of changing or not.

When it comes to complaining about a political or social issue, action beats complaining. There may be things that you can do, even in small ways, to effect change.

Dealing with Racism in the Workplace

Almost everyone has an opinion about the current political and social climates in the nation. Those opinions may make their way into the workplace where political discussion is often considered taboo, but does occur.

What is the best way to deal with a colleague who may be making politically or racially charged comments?

Sheree Franklin, an Intuitive Life Strategist, and author of Intuition: The Hidden Asset Everyone Should Learn to Use, offers ways to cope in workplaces where politics have led to tension.

“One of the first things we can do as powerful humans is to create a tone of feeling powerful each day. Your body is your best instrument for learning, feeling, and imagining feeling powerful,” advises Franklin.

“Before you go to work, I am going to suggest you begin a short meditation practice (five to seven minutes) to learn how it feels for you to be truly peaceful. During your meditation, allow yourself to set an intention to feel peace—from the bottom of your feet to the top of your head. Once you fully experience how it feels inside to feel peaceful, take six deep breaths and command your intuition to show you every day the warning signs of anger in your body, so clearly you cannot possibly ignore the message.”

“Create a daily meditation practice at work by having two or three affirmations that you can say to yourself, as you reflect on being powerful. And whenever your coworkers attempt to make subtle racist remarks, pay attention to what goes on inside your body and learn how to shift into the emotion of peace. Learning how to shift your emotions will help you to develop the internal power to control what you project to others,” she says.