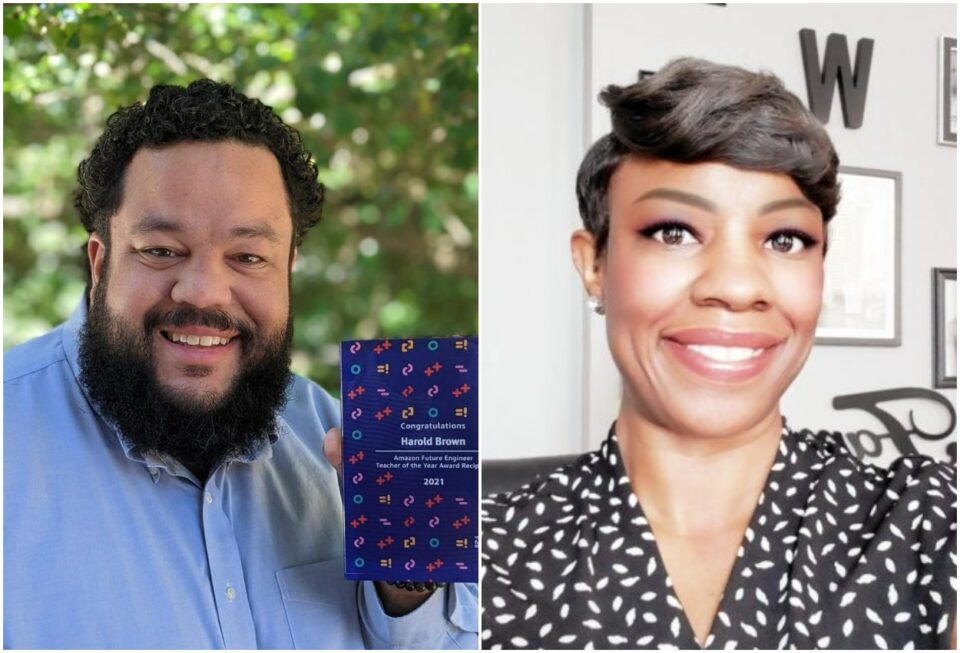 They are recipients of the 2021 Amazon Future Engineer Teacher of the Year Award. It recognizes educators who exceed expectations to encourage students in underrepresented communities to pursue careers in computer science, USA Today reported.

The kudos include a prize package valued at $30,000—$25,000 for each teacher to expand computer science or robotics teachings at their schools. Each educator got a $5,000 cash award.

The Amazon drive is needed. Under STEM (science, technology, engineering, and mathematics), computer science is the fastest-growing profession. Yet, only 8% of STEM graduates pursue a computer science degree. And the percentage is smaller in underserved communities where Brown and Birgans-Wright teach.

Still, studies show that historically underrepresented students, including young women and students of color, are up to 10 times more likely to earn a degree in computer science if they’ve taken an Advanced Placement (AP) computer science course in high school.

Brown, a computer science teacher at Newark Collegiate Academy in New Jersey, was surprised when he received a box containing a certificate recognizing his efforts as an exemplary computer science educator. Two of his current students jumped out and shot off confetti poppers. “It was a really great moment,” he said.

He added he believes getting kids involved in computer sciences and robotics at an early age can be a gamechanger.  “The money from Amazon allows me to take everything I’m doing and amplify it. I want my students to take the code off the page. I want them to get more into physical computing,” said Brown. “Most of all, I want my students to have the same experience with the latest and greatest [technology] that kids in schools that have had robotics teams for a decade or two have.”

Birgans-Wright, reportedly a computer science teacher from Prairie-Hills Junior High School in the Chicago suburb of Markham, was jubilant and in disbelief with the award.

“I remember thinking, ‘Out of thousands of applicants, I was one of 10 who actually won?’ In my eyes, I had not done anything special,” she said. “I was just doing my job.”

She wants to buy new equipment for her school’s computer science lab, including Sphero robotics kits and Arduino coding kits for the whole class. Plus, the money will help the school expand its current STEM programming to younger grades—sixth and seventh grade—and beef up the current eighth-grade curriculum.

“Having access to the supplies that this award is going to enable us to purchase is going to be life-changing for my students,” said Birgans-Wright. “Closing the diversity gap in computer science is so important, and Amazon is doing its part to make that happen.”