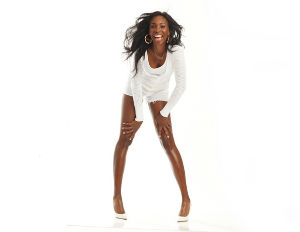 Venus Williams is now a Â degree-carrying and award-winning athlete. The star tennis player received her bachelor of science in business administration from Indiana University on Aug 14, according to a statement released by Indiana University East.

Many colleges may have gladly given an athlete like Venus an honorary degree, simply for being amazing on the court, but Williams earned her degree the hard way– by completing the work.

“I’ve learned so much,” Williams said in an IU East press release. “It was always my dream to have a business degree, and I ended up going to art school so many times, but in the back of my head I felt like I needed the tools to be a better leader, to be a better planner, to be better at all of the things I wanted to do in my businesses because I’m so hands-on.”

According to the statement, Williams said she was able to apply her academic lessons and skills she learned in class to her businesses right away, allowing her to work better with staff and to be more strategic.

She is the first to graduate under a partnership between IU East and the Women’s Tennis Benefits Association (WTBA). Lisa Grattan from the Women’s Tennis Benefits Association (WTBA), explained in the statement, that about five years ago they collaborated with the WTA to create an alliance with IU East. Currently, 15 of the WTA’s players are enrolled in IU East online degree completion programs.

“IU East and the Women’s Tennis Benefits Association have an agreement that establishes our campus as the primary provider for baccalaureate online degree completion programs for WTA players,â€ IU East Chancellor Kathryn Cruz-Uribe said. “Venus was instrumental in connecting IU East and the WTA in this highly-valued partnership, and we are very grateful for this.â€