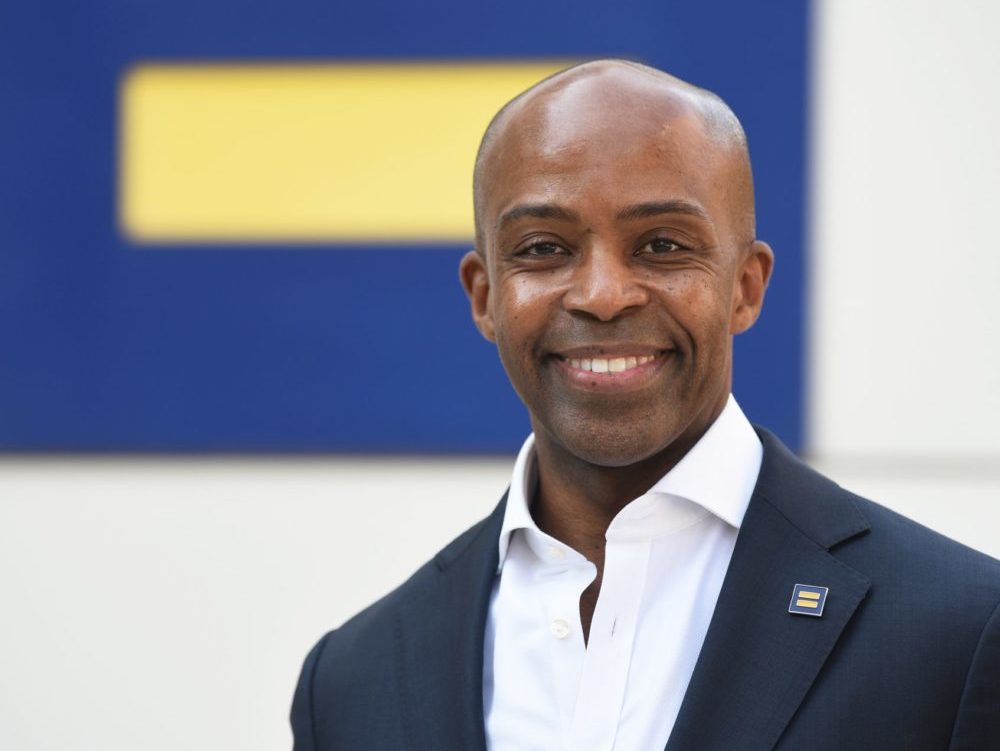 In cities from New York to Philadelphia to New Orleans and Chicago, headlines sounded the same catastrophic coronavirus alarm for people of color. According to an article in the Detroit Free Press, in Michigan alone, where just 14% of the population is black, the black community accounts for 35% of confirmed cases and 41% of the deaths.

While COVID-19 testing and data collection are still inconsistent throughout the nation, and only a few jurisdictions publicly report coronavirus cases and deaths by race, the devastating toll on black communities is becoming clear and has already prompted organizations like the Black Economic Alliance to raise funds in partnership with BET to help relieve the undue burden on the most vulnerable black Americans.

Now, new research from the Human Rights Campaign (HRC) is illuminating the fact that the LGBTQ community is also particularly at risk to suffer disproportionately in the face of this pandemic largely because, like people of color, LGBTQ Americans are more likely than whites to live in poverty and lack access to sufficient medical care, paid medical leave, and even the basic necessities for self-care at home.

Other factors, according to the HRC research brief, are that LGBTQ Americans have a high incidence of smoking and chronic underlying diseases like asthma, and are more likely to work in jobs that place them at higher risk for contracting the disease, including restaurants, hotels, and hospitals.

In a statement issued yesterday, Alphonso David, president of the HRC, called on Congress to “take this impact into account in future stimulus packages so that we can urgently meet the needs of our communities.”

He is also calling for better data collection and reporting in every state so that the true impact can be accurately tracked and addressed.

“We cannot ignore the role that bias plays in health disparities,” David said, “and for that reason HRC has long called for inclusive data collection to ensure that all people are counted.”

Primed By A Painful Past to Lead In Perilous Times

David, who has led the nation’s largest lesbian, gay, bisexual, transgender and queer rights organization since August 2019, was born in Maryland but spent most of his first decade of life in Liberia, the West African country where his family was prominent and his great uncle, William Tolbert, was the country’s president.

A 1980 military coup changed his family’s life forever, leaving his uncle dead, his father in prison, and his remaining family under house arrest.

At 14, David and his family escaped Liberia for Baltimore where any relief offered from the distance of a war-torn country was soon replaced by a new struggle: David’s rude awakening to the realities of life as a black male immigrant in the U.S. Often socially outcast, he felt decidedly “other,” a feeling that intensified as he also came to understand that he was gay.

After his father disowned him, he poured his pain into purpose, becoming a lawyer intent on defending people’s civil rights. After a clerkship and stints as an associate at Blank Rome in Philadelphia and as a staff attorney at the Lambda Legal Defense and Educational Fund, David was appointed as New York governor Andrew Cuomo’s Deputy Secretary and Counsel for Civil Rights.

While in that role, he helped to spearhead the legalization of same-sex marriage in the state ahead of most of the nation. David ultimately became Cuomo’s chief counsel. When he left Albany for DC, his role at the helm of the HRC made him its first black president.

“I don’t have to tell anyone that this is a perilous time,” David says in a video introducing himself to the HRC community, “but in this moment …. I believe in the black trans woman who is preparing for that big interview. I believe in the young queer immigrant who came to this country so they could live authentically.

“If we want to win full equality,” he continues, “that’s going to require us to come together and tenaciously defend the most vulnerable among us. In unity, we will fight back and we will win.”