Hundreds of Companies Unite To Oppose Voting Restriction Bills, Thanks to Black Executives 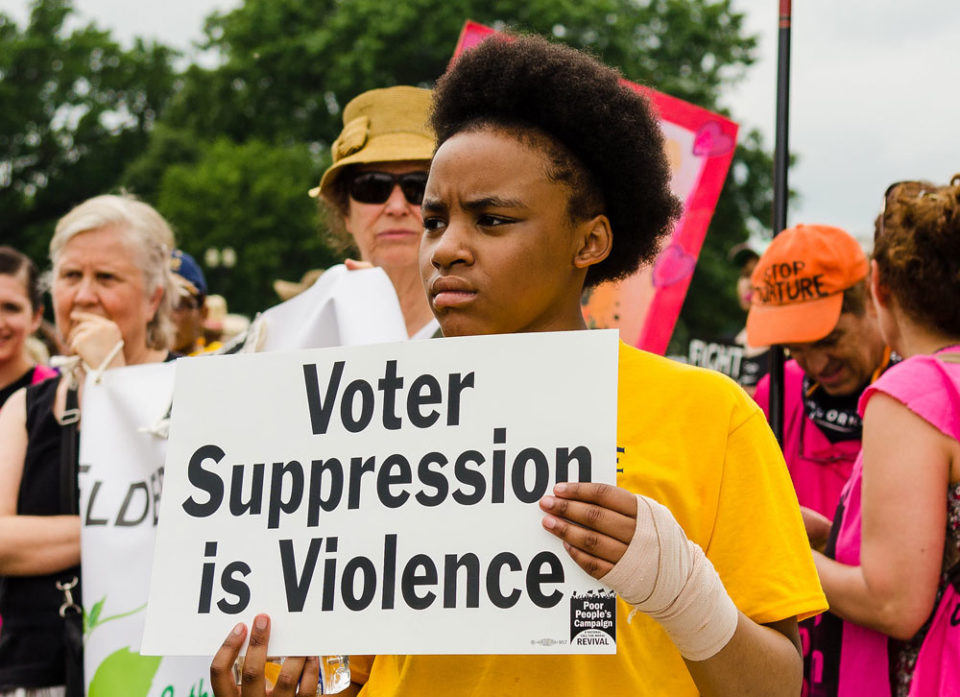 More than 100 companies are fighting voting suppression bills that are being introduced in states across the country. Image: NAACP

The statement and signatures represent the most aggressive action yet against Republican efforts to restrict voting access to ensure victories at the polls. Since former President Donald Trump’s election loss, more than 100 bills restricting voting have been introduced in 48 states.

The statement was organized by Kenneth Chenault, a former executive at American Express and Kenneth Frazier, the chief executive of Merck. Additionally, the statement was printed in Wednesday’s New York Times and Washington Post.

Late last month, Chenault and Frazier led a group of Black executives in calling on more corporations to join the effort and oppose voting restriction bills being introduced across the country. Charles Phillips, co-founder of the Black Economic Alliance told BLACK ENTERPRISE several civil rights organizations came to them for help and awareness and they quickly accepted.

“This is the second ad which is much larger than our first one,” Phillips said. “It started when a civil rights organization reached out to a couple of Black executives in myself, Chenault and Frazier and said we’re trying to fight these laws but there seems to be more coming in other states but this one is here and now and we’ve run out of options. We need your influence.”

Phillips added the call took place Sunday and by Tuesday more than 72 Black executives signed up and ran the first ad. Since that first ad was released, a number of other top companies have voiced support for the effort. These include Amazon, General Motors, Netflix, Starbucks, and many others.

The statement does not address any specific legislation that has been introduced in a state and Chenault told the Times, there was no expectation for companies to oppose individual bills. Frazier added that this is not a partisan effort and that protecting voting rights should be both a Democratic and Republican effort.

The issue, however, isn’t expected to go away soon and big business could be caught in the middle. After Delta Air Lines opposed the voting restriction bill passed in Georgia, lawmakers in the state threatened to rescind a tax break that saves the airline millions of dollars.

When Major League Baseball announced it would move its All-Star Game from Atlanta to Colorado over the Georgia voting restrictions bill, a group of Republican senators threatened to strip the league of its antitrust exemption.

Black Americans in general view voting differently than white Americans or other races. For Black Americans, the road to gain voting rights in this country is painted with blood due to efforts to prevent Black Americans from voting. That includes the three-fifths rule, Jim Crow laws, and outright intimidation through violence.

The group doesn’t have any additional actions at this point but that could depend on the outcome of the bills.