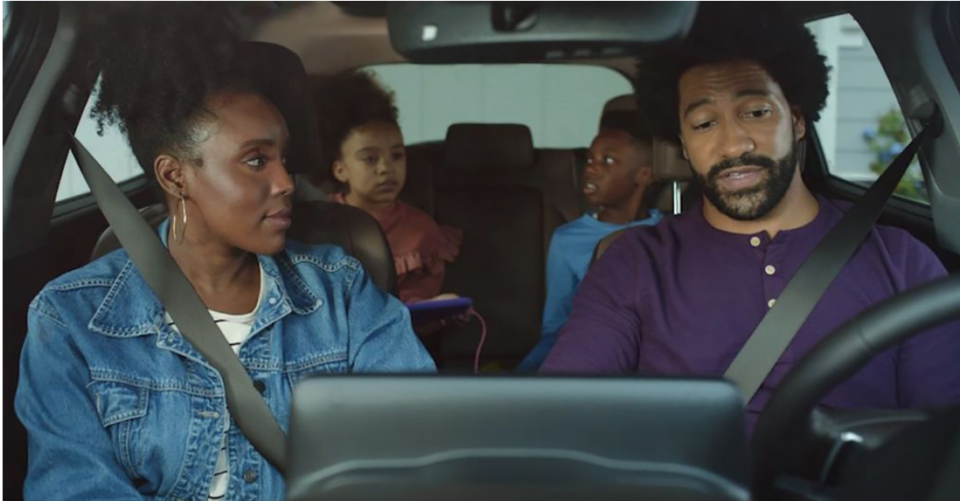 Hyundai hired Maryland-based Culture Brands in May in an effort to “be more strategic, targeted and authentic in how we communicate with African American consumers,” Erik Thomas, the automaker’s senior group manager for experiential and multicultural marketing said according to the New Pittsburgh Courier.

“… We look to continue to connect with people on their own terms and in relevant ways. As we increase our share of voice with the African American market and communicate successfully, we anticipate sales growth will follow,” Thomas added.

The OKAY Hyundai campaign will highlight two of Hyundai’s plug-in hybrid vehicles, on radio, television and social media.
“We set out to make our marketing more inclusive and representative, and the result is working with Culture Brands to launch the OKAY Hyundai campaign to promote the 2022 Hyundai Tucson Plug-in Hybrid and the 2022 Hyundai Santa Fe Plug-in Hybrid in a culturally relevant way,” Angela Zepeda, CMO, Hyundai Motor America said in a release. “What makes this campaign unique is its relatability which we feel broadens Hyundai’s voice in the marketplace.”
While Hyundai does not release its sales data by race, it does know Black consumers make a small percentage of hybrid or plug-in vehicle buyers. The company is trying to change that by connecting with a Black American market that accounted for $835 billion in spending in 2019 according to McKinsey and Co.
The move by Hyundai has been applauded by many and comes months after Black media mogul Byron Allen fought General Motors and its CEO Mary Barra over its significant lack of Black advertising. The Detroit Free Press reported that Allen isn’t done either.
According to Hyundai, The campaign focuses on a less is more approach and efficiency is what counts. It also points to how the African American community acknowledges and praises someone with one word.
“OKAY is defined as a word that is used to express assent, agreement, or acceptance,” Eunique Jones Gibson, CEO & Chief Creative Officer of Culture Brands said in a release. “In the African American community, placing OKAY before something is the quintessential way things worth noticing are acknowledged. Together, it’s the perfect nod to Hyundai and to our prospective buyers.”