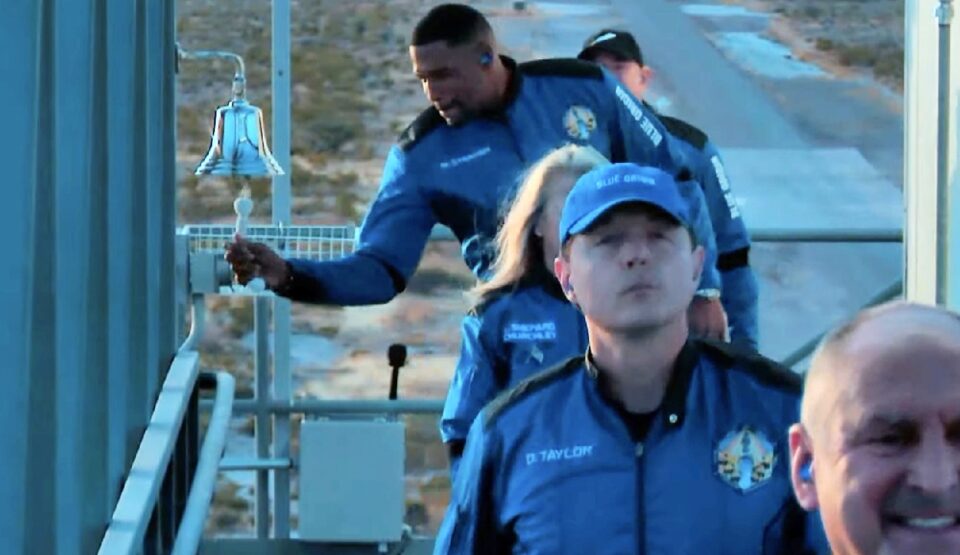 Michael Strahan “got his wings” today, two days after his visit to space aboard the New Shepard spacecraft, part of Jeff Bezos‘ Blue Origin fleet, was scheduled to happen.

The flight, originally planned for Dec. 9, was delayed due to forecasted windy conditions, Geekwire reports. Strahan and Laura Shepard Churchley traveled as Blue Origin’s guests, while the other four astronauts aboard the craft paid an undisclosed amount for the 11-minute flight to the edge of space.

The New Shepard is named after Churchley’s father, Alan Shepard, the first American to travel into space.

According to People, upon returning to Earth, Strahan told Bezos that he wants to go back to space. He then shared his excitement with fans in an Instagram post.

“It was unbelieveable,” he said in the video. “It’s hard to even describe it, it’s gonna take a little bit to process it. But it couldn’t have gone better. I don’t know how to match this.”

In addition to livestreaming the launch on their website and YouTube page and providing periodic updates about the flight on Twitter, Blue Origin shared footage of the six-man crew’s flightless moment right past the Kármán line — the internationally recognized boundary of space.

Ahead of his trip to space, Strahan partnered with Blue Origin to release a special edition commemorative hoodie.

“Whether my New York Giants jersey, a concert t-shirt, or a suit for your wedding day, what we wear can help define significant moments in life. Not only does the clothing make you feel good in the moment, it ties to memories that live on,” Strahan said of the collaboration. “I am excited to be able to create this limited-edition collaboration with Blue Origin to not only commemorate this once in a lifetime moment – but it gives fans of space travel the chance to share in this journey with me.”