'I See Myself In Both!': Video of Dave Chappelle Speaking On Will Smith/Chris Rock Slap Surfaces 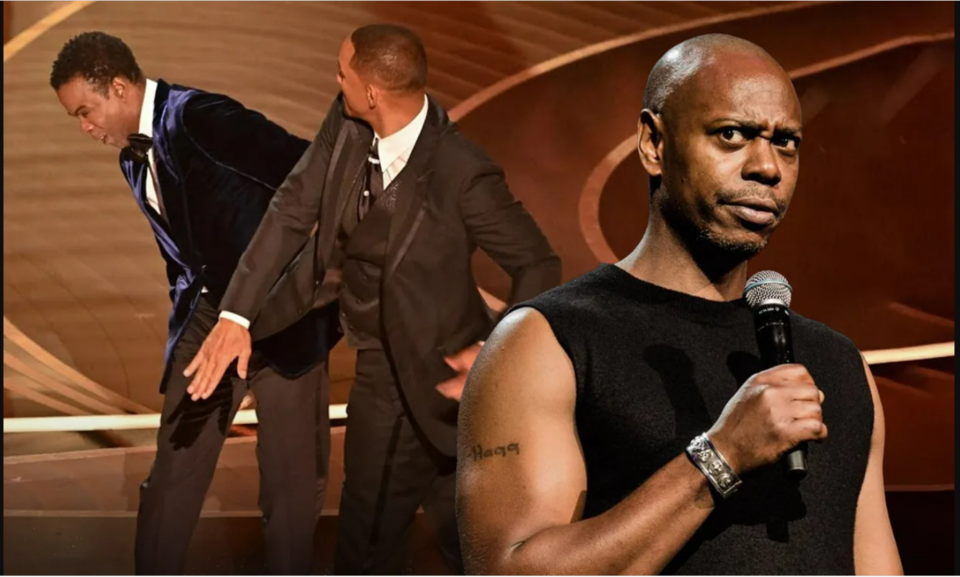 The no-holds-barred comedian finally unloaded his thoughts about the Will Smith/Chris Rock slap debacle at his recent Hollywood Bowl show where he in fact was attacked by an irate, weapon-yielding audience member.

Chappelle seemed to have mixed thoughts over the issue and actually sided with both men saying,

“I can’t judge Will Smith or Chris Rock because I see myself in both of those men.”

First Chappelle joked that he didn’t want to discuss slap-gate for fear of getting slapped himself.

The comedian also said Smith’s demeanor after slapping Chris Rock on the Oscars stage was probably more “gangsta” than the slap itself, noting how Smith casually walked back to his seat and laughed at jokes the rest of the night.

He also joked that Rock might have brought that slap on, saying he didn’t have “an easy delivery” when joking about Jada Pinkett-Smith’s baldness due to alopecia.

Chappelle also outlined Smith’s many successes from his start as a clean rapper who was the first rapper to earn a Grammy to his seamless transition as a mega-box office superstar. And for that, Chappelle offered some measure of understanding and withheld judgment against Smith.

Check out the video commentary.