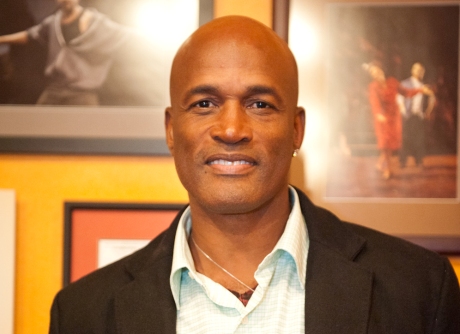 Kenny Leon won his first career Tony on Sunday night for best director for the Broadway revival of Lorraine Hansberry’s 1959 play A Raisin in the Sun, starring Denzel Washington. Leon had been nominated once before in 2010 for August Wilson’s Fences. A Raisin in the Sun, which was nominated for five Tonys, also won for best revival of a play and best actress. In 2004, Leon also had notably directed a revival of A Raisin in the Sun with Sean “P.Diddyâ€ Combs in the lead role, which went on to register the highest-grossing box office sales for a drama in Broadway history to the tune of $7.9 million.

Leon’s latest show Holler If Ya Hear Me, which is in previews and features spoke word artist Saul Williams, is based on the songs of late legendary rapper Tupac Shaqur. It has been described by Rolling Stone as hip-hop’s first jukebox musical in Broadway history – and possibly the first in theater history. The show in not about 2Pac’s life but incorporates his music and lyrics to tell a story. Leon gave a shout out to Holler If Ya Hear Me during his Tony acceptance speech.

Below are some highlights for BlackEnterprise.com’s one-on-one conversation with one of Broadway’s foremost African American directors.

We need to let the world know that there is an audience out there for our work. We have proven that people will get on buses, they will get on planes, to see stories if it matters to them in their lives. People will put their dollars behind stories that matter to them.

Plays are both brought to me and I (scout) for them. I am looking for plays that I think can make a difference in the world and plays that move me. I started out an as actor. I saw that producing and directing was more interesting to me because I got to hire talent for a particular production, I got to pick the production, and I get to collaborate with my vision on stories that were being told.

Broadway: The Great White Way is a microcosm of America. So, I don’t think that we have reached the mountaintop. It’s still a challenge for black directors to get their foot in the door. We are doing a few more African American stories. But I would really love to see more African Americans as directors. Every show I have, I have an assistant director that is a person of color. Those of us artists who are in it have to continue to find work and opportunities for ourselves. But at the same time we have encourage and inspire others.

For directors in this business, it’s about building reputations. For producers, it’s about being able to deliver. The more you can build that family of actors that want to work with you, the more you can create some really exciting stories in America. I would love to work with Oprah. I would love to do something with Laurence Fishburne and even non-African Americans such as Tom Cruise and Hugh Jackman.

You try to make a contribution to this country by telling stories that need to be told. They may not always be stories about race; they may be about love and family. I want to continue to have an impact. If (audiences) support black plays and spend (their) dollars on those plays and those plays are successful, that will continue to push Broadway into a new area of telling more of our stories because (producers and investors) know that they will make the money back.