Rebuttal To Forbes' If I Were A Poor Black Kid 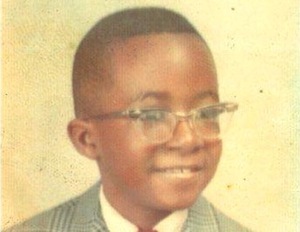 I’m one of the many people whose heads went numb while reading “If I Were A Poor Black Kid,” written by Gene Marks, a white male entrepreneur, author and self-described “mediocre certified public accountant” who writes about business and technology for Forbes. You can read it for yourself, but it boils down to this: All a poor black kid has to do to succeed is to avail himself of a few web sites (including Wikipedia), apps, web tools, online calculators, and some free books from Project Gutenberg (he even provides the links!), put together a study group of other motivated poor black kids on Skype, and then get into a magnet or charter school–or better yet, a private school. After that, find a high school guidance counselor, who will help them find the money to go to college, as well as after-school and summer jobs (not just any job, but one at “a law firm or business owned by the 1 percent”). From there, poor black kid, just learn software and how to write code, do some independent study and polish up your writing skills, and head off to college, after which, upon graduation, Marks and business owners like him will be waiting with open arms to hire you.

What planet does Marks live on? Hell if I know. He may be an expert on business and technology, but he clearly has no idea of what it means to be a poor black kid, nor of what it takes for such children to achieve success. Worse, he puts the responsibility for success entirely on the child, with no mention of schools, teachers, parents and the community in which the kid lives, all of which routinely represent obstacles instead of stepping stones to success. The fact is that America’s education system is in crisis, and black kids, who are the majority of the attendees of poorly-resourced, low-performing schools, are the primary casualties. The idea that a little initiative and a few websites are all a poor black child needs to navigate the devastation is just ludicrous. Marks wants to believe that you can fix the kid–or worse, that the kid can fix him or herself–without fixing the system.

I had the pleasure of meeting Marks, president of The Marks Group, a Philadephia-based sales and customer relationship management software firm, last year (we appeared together as guest experts on MSNBC’s Your Business), and I choose to believe he is well-intentioned. However, good intent is not a substitute for actually knowing what you are talking about. I kept waiting to read something in his article that would qualify him as a person deeply involved and/or intimately connected with black communities, poor or otherwise, much less black children. And I mean more than having black friends and acquaintances. (Assuming he does, and that he bothered to check with them. This might be a “get some black friends” issue.) 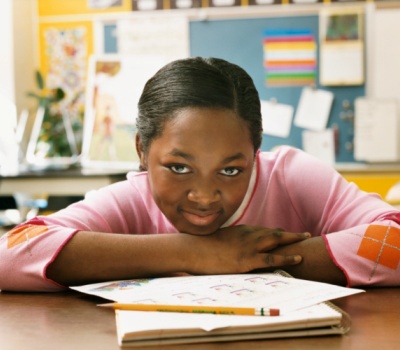 It takes more than being a concerned, outside observer to have the expertise to offer solutions; it takes ongoing, direct engagement with those living the experience. And lest you think this response is just a knee-jerk reverse-racist reaction, being white does not necessarily disqualify you as an expert on the life and challenges of poor black children. There are white people who’ve spent extended time (as in years and decades, not hours and days) in black communities, talking and working with the parents, teachers, schools administrators and others who order the steps and shape the lives of poor black kids. They live and/or work in black communities, serving and mentoring such kids and getting to know their families and circumstances. Apparently, Marks is not one of them. As I read his post, I kept waiting for Marks to share evidence of expertise on urban education, or public education in general. To share the experiences that make it even remotely credible that he has the slightest idea of what it means to be a poor black child. To talk about the actual work he’s personally done to put the “solutions” he offers in his post to the test.

I have an opinion of what I think a child of a wealthy white family needs in order to become a well-rounded, productive, exceptional citizen. But I suspect that my experiences and knowledge (as a former poor black kid with an absent father, raised on public assistance by an under-educated, young, single mother of four) no more qualifies me to provide expert advice on that topic than Mark’s knowledge and experiences have prepared him to weigh in on this one.

On the other hand, I know about being a poor black kid, because I used to be one, raised on the Jersey shore not far from the West Philadelphia neighborhoods that are home to the black kids Marks purports to advise. As a father of three children educated at public schools in Brooklyn, I am intimately familiar with the obstacles facing resource-starved black kids. If Marks wanted an idea of what poor black kids need to succeed, he could have asked me. Better yet, he could have talked to Harlem Children’s Zone’s CEO Geoffrey Canada, Eagle Academy Foundation CEO David Banks or Capital Preparatory Magnet School Principal Steve Perry and other people who’ve made it their mission to help poor black kids succeed academically and beyond.

Which brings up another question: What was Marks really trying to accomplish with his article? Who is he really talking to? If Marks really intended to provide helpful advice to poor black kids–and the parents who want the best for them as passionately as he does for his kids–is Forbes really the right media platform to reach them, or to reach the people who live and work where they live? Poor black kids aren’t helped by web links and advice in blogs on media platforms they and their parents would never read (as if Forbes had the slightest interest in black communities and the people who live in them, rich, poor or otherwise). They need live, demonstrated, engagement and personal involvement from the people offering the solutions. Absent that, this post reminds me of the words of the great philosopher James Brown: “Like a dull knife, just ain’t cuttin.’ Just talkin’ aloud, and saying nothin’.â€