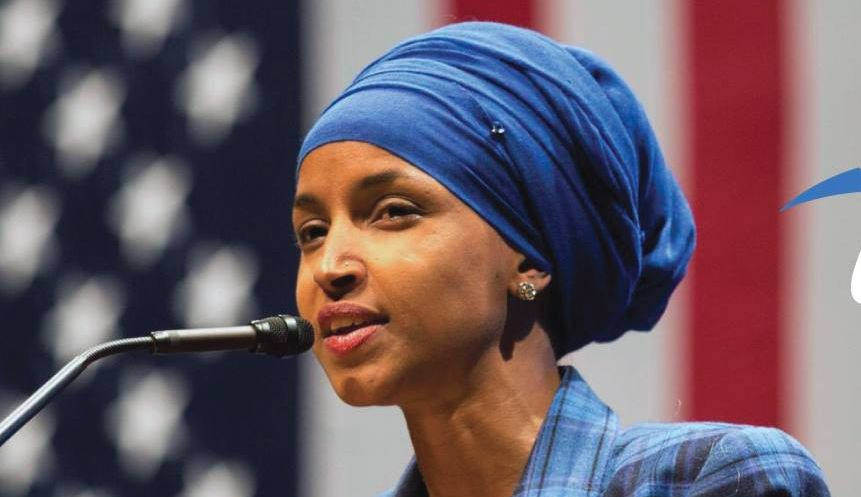 Democratic Rep. Ilham Omar harshly criticized President Donald Trump in an exclusive interview with Independent. She also spoke about her battle with the Commander-in-Chief, arguing that “Trump is a racist tyrant — but America is strong enough to survive his presidency.”

Omar, who was born in Mogadishu, Somalia, in 1982, made history on Jan. 2, 2019, when she was sworn in as the first Somali-American in Congress. That was an uphill battle, but she states that now, “Our focus right now is defeating Donald Trump.”

She admits that Trump and the rest of racist America use her previous climb of emerging from a refugee camp to being elected to Congress as a way to promote hate when Trump spews his usual ‘Make America Great Again’ mantra by masking that as homegrown pride.

“I happen to embody multiple marginal identities. I’m a woman, I’m black, I’m a refugee, an immigrant, a Muslim and I wear a hijab. And all of those are identities that have been vilified by the right… and weaponized by Donald Trump.

“For me, that understanding allows me to be resolved in the ways in which I unapologetically show up, advocate for policies that make our country a more equitable society.”

The political leader still has hope as far as what the United States can be.

“I believe we have here in the United States really good institutions that have withstood four years of Trump and can withstand many things. It’s one of the greatest constitutions in the world.

“America… for so many people living abroad, including myself when I lived in a refugee camp, is a place where people do get an opportunity to fulfill their promise. And the idea that the United States has been seen as a place of refuge, as a place whereas my grandfather used to say ‘eventually everyone becomes an American’, is now being led by a xenophobic, racist tyrant, who doesn’t understand anything that is fundamental to the American identity – that’s a shock to many people.”

Although she has been accused of trying to disrupt the Democratic Party with the progressive policies she believes in, she still has hopes that some of those policies will at least be taken into consideration.

Check out the full interview here.