'I'm Not Going to Change the World by Myself, But I Can Start.': How UOMA Beauty's Founder Merges Activism and Makeup to Fight for Change 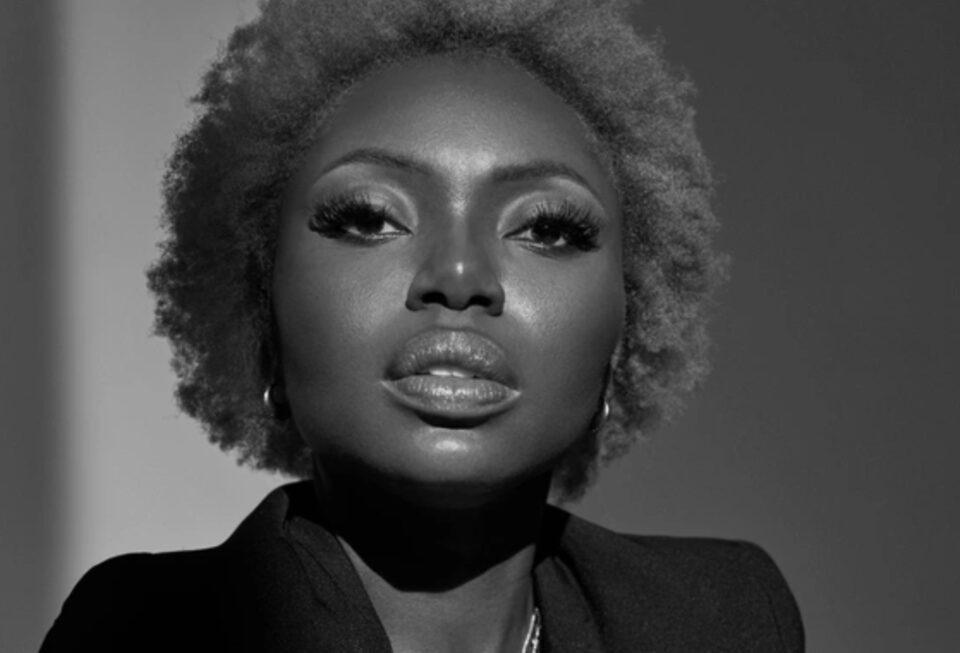 Sharon Chuter was running away from something — fast — when she decided to launch her own inclusive, Black-owned cosmetics company, UOMA Beauty, in 2019.

She was running from the beauty industry‘s open secret: It caters primarily to women, but the conglomerates that dominate the market have historically been helmed by white men, a structure she calls traumatic to women and people of color — and one she’s working hard to dismantle, disrupt and transform.

The ramifications of this structure are far-reaching. It wasn’t unheard of for beauty brands to offer just three shades of foundation and concealer. Lipstick shades are made to complement light skin tones. And the decision-makers for many brands ignore diversity except as a talking point, excluding marginalized communities in more ways than one.

“There’s such a thing as culpability by being complacent, and that’s what I was doing by sitting there getting a check while working for brands [where this was normal],” Chuter says.

“I mean, a concealer in three shades is insulting to everyone. Even white people come in more than three shades.”

Chuter wasn’t always going to be an activist and beauty guru, though. The Nigerian-born entrepreneur was barely 16 years old when she started university, and she was on the path to earning a Ph.D. by 21 to become an aeronautical engineer. But she struggled with the balance between her creative side and her academic side, ultimately dropping out of university to pursue music.

But music doesn’t pay the bills “unless you’re Beyoncé,” Chuter says. While she was looking for a second job to help with finances, she realized she’d always loved makeup, but there weren’t many major beauty brands selling their products in her home country.

So with her teenage naivete and a computer, she decided to email all the biggest beauty brands she could think of and brought Revlon to Nigeria at just 19 years old, all by a complete accident, she says.

“That’s the amazing thing about youth that we lose as we grow up, and it’s that spirit of naivete, which makes you try things with optimism, with no fear because you don’t even know yet that you can fail,” Chuter says.

“For the first time in my life, I found something where I could be creative, academic and entrepreneurial all at the same time.”

She worked her way up from the sales floor to the C-suite but left the corporate world to launch UOMA Beauty three years ago. Pronounced OMA (uh-mah), which means “beautiful” in Chuter’s native language, her brand‘s tenets are inclusivity, diversity, innovation, being anti-racist and namely, being your authentic self.

Chuter’s company’s mission comes from a place of personal understanding. As a Black woman growing up in Australia, she said she faced discrimination all her life, from whitewashing her appearance to fit in, to having ambassadors pull out of working with her brand because of its stance against racism.

“Take a person that looks like me,” Chuter says.

“From the day you were born, you understand very quickly that you’re different. Everything about you is wrong. Your lips are too big, your nose is too fat, your hair is too nappy.

“Beauty should be a democratic place to come to escape, and you’re not even welcome in here,” she continues.

“You have no escape. You’re living a life where you’re facing discrimination at every point, and all the things that other people get to escape to, you don’t. This is what most of us carry all of our lives, and we don’t even have a safe space to talk about it because it makes other people uncomfortable.”

That’s where her brand comes in. Offering 51 shades of foundations and concealers, dozens of lipstick shades for all skin tones, eyeshadow palettes, bronzers, highlighters and a new face powder that’s going viral on social media, her goal is to create a place where anyone can feel seen, represented and heard.

“I understand the impact of non-inclusivity is not just functional. It’s not just about lipstick,” Chuter says.

“On some level, many people understand what it feels like to be left out, whether it’s because of your size, who you love, because you’re male and people think you can’t wear makeup. It was really important to create a community of weirdos, a community of misfits, a community of all the people who’ve been left behind.”

Chuter lives her mission beyond UOMA Beauty, too. After the murder of George Floyd in June 2020, she launched a grassroots social media campaign called Pull Up for Change, which called on beauty brands to display how many Black employees were on their payroll and the positions they held.

The social media campaign mobilized 130,000 people in four days, took over brand Instagram pages worldwide and pushed more than 300 brands — including big players such as Snapchat and L’Oréal — to publish diversity reports. It was so successful that the campaign turned into a nonprofit focused on advancing the economic well-being of Black communities around the world.

“One of the root causes of some of this is economic marginalization … We had big corporations — the guys who are the custodians of economic equality and equity — coming out to make donations to the NAACP and release statements preaching to people. You can’t be preaching to people when you’re not ready to look at your own house,” Chuter says.

“We all have to look at ourselves — it’s the only way we’re going to solve this moving forward.”

In 2021, Black Americans in the workforce earned 30% less than their white counterparts, according to a McKinsey study — and 43% of Black workers earned less than $30,000 annually, compared to the median annual wage for all U.S. workers of $42,000. Black workers are also disproportionately represented in low-wage occupations, the study found.

Through her nonprofit, Chuter aims to close this racial disparity in business. She created a Small Business Impact Fund specifically designed to provide grants to early-stage Black entrepreneurs and founders who haven’t secured investment. Last year, it was able to funnel $400,000 to eight Black-owned businesses, and Chuter hopes to support even more this year and hit $1 million in funding.

As we approach the annual celebration of Women’s Equality Day, Chuter says we’ve come a long way, but we have an even longer way to go. Through all the obstacles, she says it’s important to remember where you came from, where you want to go and that pressure makes diamonds.

“With all the challenges people of color and women face, you have to be extraordinary to make it. But by the end of the day, it makes you extraordinary. Because of the way life shaped you and put you through fire and brimstone, you know you can do anything and survive anything,” Chuter says.

“I’m not going to change the world by myself, but I can start.”