In a Time Before COVID-19: Survivors' Stories of Past Pandemics 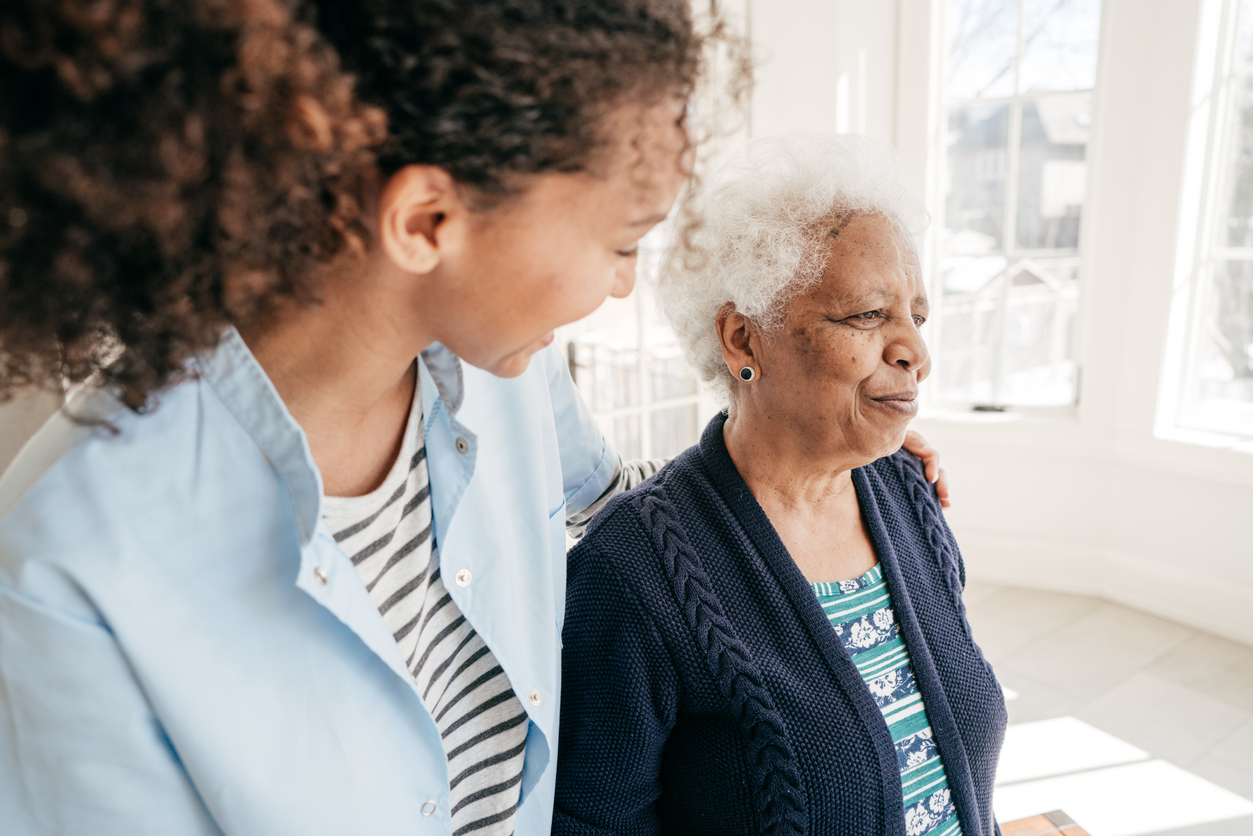 The math of pandemics is sometimes scarier than the science.

Take the H1N1 pandemic of 1918, for example. Between January 1918 and December 1920, the virus dubbed the Spanish flu infected 500 million people—about a quarter of the world’s population at the time. It is still regarded as one of the deadliest pandemics ever, with an estimated death toll of more than 50 million worldwide, including 675,000 in the U.S. alone.

Despite their harsh realities, exploring the history of pandemics can be surprisingly reassuring, demonstrating that there is a cycle to illnesses that sweep the globe and the fact that previous generations have survived them means that we can—and will—as well.

In taking a look at that history, there is nothing like first-person accounts of how it felt to live through frightening times from those who did and went on to thrive.

The Historymakers, the nation’s largest digital archive of black American oral history, recently released excerpts from interviews with African Americans who lived through times that were not unlike what we’re in the midst of right now as we grapple with the COVID-19 pandemic.

Marie Louise Greenwood, the first black teacher to obtain tenure in the state of Colorado, died last November, at the age of 106. She recounted her impressively long and happy life in a 2013 memoir, By the Grace of God, in which she remembered the fits and starts of her impressive career as well as her personal life as the only child of doting parents who became a wife and mother of four. But in an April 2007 interview with The Historymakers, she recalled how she nearly succumbed to the flu pandemic of 1918, at the tender age of five.

In the spring of that year, Greenwood, an especially small child, caught the flu from her father who had returned home sick, from his service in World War I. She remembered being cared for at home where a doctor who nearly gave up on her made house calls and her mother never left her side.

“I was in bed unconscious most of the time, my fever was so high I was wringing wet all the time,” Greenwood told The Historymakers.

When her fever finally broke and she was strong enough to get up, “I had been sick so long, I couldn’t walk,” she recalled. “My legs folded right under me.”

Greenwood went on to say that “…the flu epidemic had gotten so big, so massive all over everywhere in Prescott [Arizona] that stores were closed because the store owners couldn’t even, well, they were dying or they were sick and there were so many—the teachers were out, the children were out, and finally they had to close the schools…The schools did not open until the spring of 1919.”

Greenwood began school that year and went on to not only become a pioneering master teacher in Denver’s public schools but to have one of those schools named in her honor in 2001. In 2010, the University of Northern Colorado presented her with an honorary doctorate.

Even more recently, in the summer of 1957, another flu pandemic spread to coastal cities in the U.S. after first appearing in Singapore that February and Hong Kong in April. Attempts to stem the tide of the H2N2 flu in the western world were similar to those now being imposed in the wake of COVID-19. Schools, churches, and theaters were closed and there was a moratorium placed on all public gatherings. The importance of social isolation and early diagnosis in an effort to what we now call flatten the curve was practiced back then.

According to The Historymakers data, Yale University canceled all public meetings on campus; some churches in Italy suspended confessions and funeral services, and U.S. medical professionals encouraged the broad increase of personal and respiratory hygiene and social distancing. Even with those measures, H2N2 killed an estimated 1.1 million, with 116,000 deaths in the U.S. alone, but it was far less devastating that the 1918 pandemic.

In a 2008 interview with The Historymakers, Dolores R. Spikes, former president of Baton Rouge, Louisiana’s Southern University and A&M College System and the first woman in the U.S. to oversee a university system, shared her personal memories of the 1957 pandemic. Her experience sounds eerily similar to what we’re enduring with the coronavirus today.

“There was an epidemic of the Asian flu and if you didn’t have a fever of 104 degrees or something, you didn’t see a doctor,” Spikes said. “Best thing they do is go home and try to get your fever down ‘cause we have no more hospital-place, no more doctors. And I know I missed about three weeks of school, but most kids did.”

Spikes went on to attain a Ph.D. in mathematics and, after leading one of the nation’s largest predominantly black university systems, she became president of the University of Maryland Eastern Shore, retiring in 2001. Also a wife, mother and grandmother, she died in 2015, at the age of 78.

A recent Historymakers newsletter noted that the practice of quarantining dates back to the 8th century B.C. and is even discussed in The Bible’s Book of Leviticus. “That’s the incredible thing about history,” said Julieanna Richardson, The Historymakers founder and a past Women of Power Legacy Award honoree, in a phone interview. “Once you study our history you realize that everything we think is new, really isn’t. And when you know we’ve survived something so disruptive and devastating in the past, we know that we can again.”