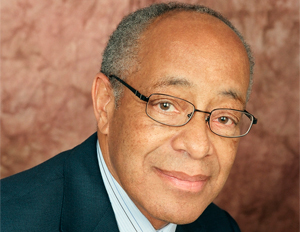 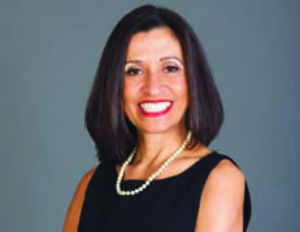 When Walker, a cowgirl from Texas, met Holland, a Wisconsin farm boy, the two instantly hit it off. He decided to launch another investment firm and encouraged Walker to join him. “We shared the same values. He believed in intellectual honesty, teamwork, and dedication to excellence,â€ says Walker, who was then a manager of trust fund administration for Texas Utilities’ $1.5 billion pension fund and defined contribution plan assets. A licensed CPA, Walker had begun her career at Texas Utilities in 1981 serving in various supervisory capacities and working in the corporate finance group.

In 1991, Holland and Walker along with Laura J. Janus and Catherine E. Lavery founded Holland Capital Management, a Chicago-based equity and fixed income institutional investment management firm. Over the years he served as mentor to Walker, teaching her everything he knew.

Holland Capital had $2.1 billion in assets under management when its 71-year-old namesake retired. For 17 years, Holland acted as CEO before his heir apparent, Walker, who was 49 at the time, assumed the helm first as president and chief investment officer in February 2008, and then as CEO and chairman of the board in 2009.

There was no written succession plan but there was an understanding that Walker was to be his successor. “At that time, we talked about it and he said that I am retiring and you will be running the firm. He said that I had been doing it for years already. The buck stopped at her desk when he wasn’t around,â€ she recalls. “His values and commitment to intellectual honesty and teamwork are cornerstones of the firm and are still present to this day,â€ she adds. “Lou retired from the firm in 2008. This year, as we celebrate our 25th anniversary, we will be establishing a scholarship fund to honor his legacy.â€

Walker will appear at the 2016 Black Enterprise Women of Power Summit (March 9-12, at the Hilton Diplomat Resort & Spa, Hollywood, Florida), serving on a panel about providing strategies from the C-suite.

Holland was a respected member of many boards and committees over his career, including the UW Foundation and the International Foundation of Employee Benefit Plans, among others.

In 1990, the University of Wisconsin Alumni Association presented him with the Distinguished Alumni Award, and he was honored with the 2004 Maynard Jackson Entrepreneur of the Year Award by the National Association of Securities Professionals.

A memorial celebration of his is life is planned on Saturday, March 5.