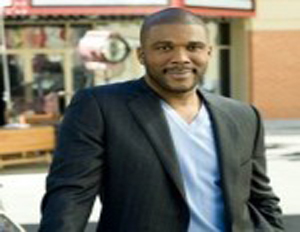 Tyler Perry and Lionsgate announced yesterday they are renewing their movie and home entertainment deal for an additional three years.

The deal with the leading global entertainment company, which has released 10 films produced by the iconic African American filmmaker in the last six years, will include two additional movies starring his widely popular character Madea. Also, Lionsgate has the option to release other movies produced by, written by, directed by or starring Perry, in conjunction with his production companies: 34th Street Films, Very Perry Films, and Tyler Perry Studios. The extended agreement does not include Perry’s television works.

His upcoming release Madea’s Big Happy Family debuts April 22, and We the People, an upcoming comedy he produced, and has no set release date, will fall under the latest deal.

“Lionsgate and Tyler have grown together for many years, and we look forward to pushing the envelopes of our businesses together for many years to come,â€ said Lionsgate Co-Chairman and Chief Executive Officer Jon Feltheimer, in a press statement. “Tyler is a remarkable creative force, and it is a privilege to support his efforts to continue to enlarge his audience and extend his creative reach.”

Perry’s films have grossed over $520 million domestically, and his films, stage plays and DVDs have sold more than 40 million DVD and digital units.

Manning Marable, a black studies intellectual and professor of history and political science, died this afternoon at Columbia Presbyterian Hospital of complications relating to pneumonia. His widow, Hazel Ann Marable, confirmed his death with The Root.

The director of the Institute for Research in African American Studies at Columbia University‘s School of International and Public Affairs completed the highly-anticipated biography of Malcolm X: Malcolm X: A Life of Reinvention, scheduled to be released April 4.

Despite rising oil prices and catastrophic worldly events, March turned out to be a relatively good month for the U.S. economy. The Labor Department reported Friday that the unemployment rate is down another notch at a reported 8.8%, while 216,000 jobs were added to the market.

The unemployment rate still remains high for blacks, at 15.5%.

Nielsen‘s new State of the Media report shows African Americans have the highest rate of total television usage, according to the report, which breaks down viewing trends by ethnicity.

The national average TV usage is 5 hours, 11 minutes and according to November 2010 results, when the data was composed, African Americans used their TVs an average of 7 hours, 12 minutes each day. Asians watched the least amount of TV, at just 3 hours and 14 minutes a day on average.

The data showed 40% of white families own DVRs, which is higher than average. African Americans used DVD players and video game consoles more than average, but whites were more likely to use DVR.

It was all (mostly) positive buzz surrounding Rutgers University‘s announcement that Nobel and Pulitzer Prize-winning author Toni Morrison would speak at commencement on May 15, but that came to a halt today. USA Today reports that the New Jersey state university agreed to pay MTV’s Jersey Shore star Nicole “Snookieâ€ Polizzi $32,000 to speak to undergrads Thursday, while Morrison will only receive $30,000.

For clarification, Snooki was booked by a student organization and funded by Rutgers University Programming Association, a portion of which comes from the student’s tuition dollars. Meanwhile the school arranged the world-renowned author’s appearance. It will be funded by money from a deal with Pepsi. The beverage company has a vending contract with Rutgers.

Mixed Chicks founders Wendi Levy and Kim Etheredge were not pleased after being notified of the confusion the new product posed to their loyal customers and retailers. “When something’s yours you protect it,â€ says Etheredge. “It’s ours and we feel we have to protect our brand in any way possible.â€

The hair-care duo seeks damages, reasonable attorneys’ fees, disgorgement of illegal profits from the sale of infringing products, and punitive damages in the complaint.