In the News: WATCH Common Perform at the White House; 7.5 Million Facebook Users Are Under 13; Microsoft Acquires Skype for $ 8.5 Billion 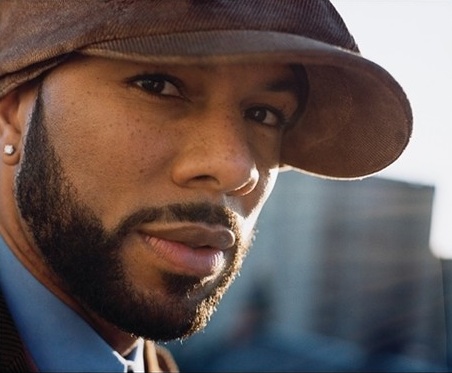 Conscious rapper Common took the stage at the White House Poetry night Wednesday amidst the controversy fueled by conservative politicians from Sarah Palin to Karl Rove earlier in the week.

The hip-hop star was a part of a larger initiative celebrating American poetry and prose. The festivities kicked off with the White House poetry workshop, hosted by First Lady Michelle Obama. It wrapped with the evening showcase featuring artists such as Jill Scott, Billy Collins and Aimee Mann.

As the academic year ends, the number of teens looking for summer jobs increases, however, job opportunities are few and far between for underprivileged African American teens, according to the Economic Policy Institute.

Poor African American teens trail Hispanic and White teens when it comes to securing a summer job by over 10%. In fact, 36% of white and 31% of Hispanic underserved teens–between the ages of 16 and 19–were able to find employment, while only 20% of Black teens in that same age bracket were as lucky. Middle-class African American teens were only slightly more likely to find work in comparison to their white counterparts.

Consumer Reports‘ 2011 State of the Net survey released Tuesday shows children younger than 13 are infiltrating Facebook’s screening requirements, making up approximately 7.5 million of the network’s active users. Among this preteen demographic, over 5 million are under 10.

“Despite Facebook’s age requirements, many kids are using the site who shouldn’t be,” Consumer Reports technology editor Jeff Fox said in a statement. “What’s even more troubling was the finding from our survey that indicated that a majority of parents of kids 10 and under seemed largely unconcerned by their children’s use of the site.”

Microsoft CEO Steve Balmer will attempt what other companies have failed to do: make money off the Internet phone company. The computer technology company plans to incorporate Skype into everything from it video game device such as Xbox and Kinect to its Office software suite.

Tony Bates, the chief-executive-officer of Skype, sees the deal as an expansion opportunity for both parties. “Microsoft and Skype share the vision of bringing software innovation and products to our customers,â€ said Bates, in a press statement. “Together, we will be able to accelerate Skype’s plans to extend our global community and introduce new ways for everyone to communicate and collaborate.â€

The former and first-ever African American Republican National Committee chairman has entered into the first media deal since resigning from his position at RNC. Michael Steele is the newest member on staff at The Root, a division of The Washington Post Company.

“At The Root I’ve found a place where I’ll be able to express my opinion. In the past my candor hasn’t been appreciated, but now [at The Root] I’m expected to say what I want without pulling any punches. I look forward to hearing the readers take and public reaction to my commentaryâ€ said Steele.