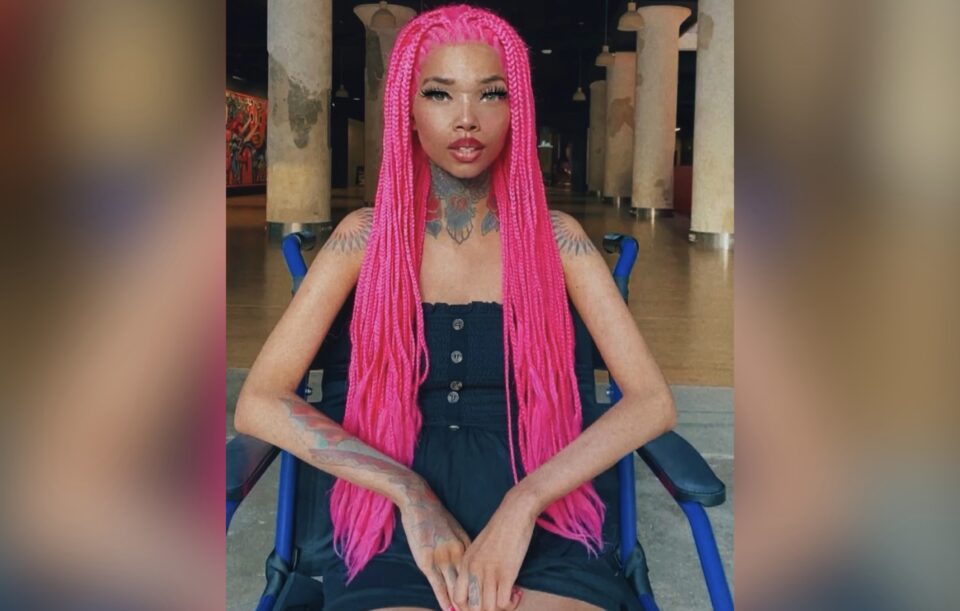 On Monday, 27-year-old Instagram model Gena Tew revealed on social media her experience navigating her AIDS diagnosis. She has received an outpouring of love since the announcement.

The model who has been linked to celebrities like Nick Cannon, Dave East, and Chris Brown, however, refuses to expose those she’s been with sexually.

In the viral video, Tew shares her story, still unknowing of how she contracted the disease. She goes on to say that doctors estimated she’d been living with the virus for about eight to 10 years due to the gravity of her body’s deterioration, to the point of death.

“I do not know who gave it to me or where I got it, how I got it,” she starts the video. “All I know is because I was so sick to the point of death, that they said I had to have had it for eight to 10 years.”

#answer to @mantonioyo how did i get aids.. well #fyp #aids #letstalk #naturalhair

She goes on, “And in that time frame, I was living in New York City and I was homeless. I did get raped a couple of times, not something I like to talk about,” she shared. “I have had a couple free tattoos, so it could have been a dirty needle, I don’t know. Do I know those people? No. Did I say anything when those things happened? No. Because I was naive, and I was stupid, and I was young.”

I lost all my muscle and strength due to immune system, aids and being in a hospital bed for so long..#fyp #therepy #pain #aids #anorexic

In prior videos, she talked about how she even found out she was sick. During a checkup at a hospital, a doctor asked her if she knew she had AIDS. That’s how she found out.

“I lost a lot of weight because I was in the hospital, I don’t know what happened…” Tew said. “From losing all that weight, I lost mobility in my legs, so I can’t walk or stand right now. But I do my therapy every day and I do take my pills every day like I’m supposed to. I take five pills a day.”

The model also stated that doctors warned her if she’d seeked medical attention any later, she would be dead.

“My blood count was so low,” Tew mentioned. “I was needing blood bags. They was taking bone samples. They were doing a lot because I was so weak. Still so weak. I think I have wasting syndrome. I’m not anorexic on purpose.”

Upon sharing her story on social media, she expressed the importance of young people being tested any time they get a new partner.

Although she is not naming names about who she’s been with sexually, she claims she’s let all her sexual partners know and that no one has tested positive, reports TMZ.

Tew has set up a GoFundMe to help with the medical bills as well as support for her sister’s family, who they recently lost.