International Destinations to Travel While the US Dollar is Strong 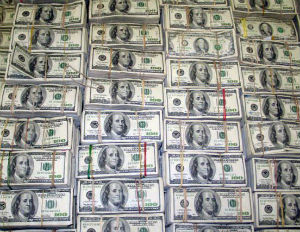 If you’ve been putting off taking a vacation to international hot spots such as Europe, Iceland, or Japan, because the dollar was simply too weak, you’re in luck.

According to CNBC, the U.S. dollar has gained against other currencies over the past year, most recently amid investor worries over the Greek debt crisis and a market plunge in China. So check out the destinations below.

Russia
Dollar advantage: $1 currently buys 55.49 rubles, up 60% from a year ago, according to OANDA.com.
Top things to do:Â Start your tour of the world’s largest country by exploring the famous Red Square, then take a ride on the Trans-Siberian Railway.

Scandinavia
Dollar advantage: $1 currently buys 8.36 kronor, up 23% from a year ago, according to OANDA.com.

Things to do: Both the Norwegian krone and Swedish krona have weakened, compared to the dollar over the past year, making these typically expensive locales more affordable for American tourists.

Much of the rest of Europe
Euro zone dollar advantage: $1 currently buys 0.90 euro, up 22% from a year ago, according to OANDA.com.

Things to do: From people watching at a cafe in France to Â indulging in authentic Italian cuisine and wine in Italy, now is a great time to jet set to Europe. The euro is the official currency of many European countries, including Germany and the Netherlands. Its value against the dollar has decreased significantly since last year, which likely means your dream European trip will be more budget-friendly than in years past.

Things to do: If you’re in love with exploring the natural wonders of the world, Iceland is a must-see. From whale watching and ice caves to taking the most relaxing spa in a hot blue lagoon, the opportunities to delve into culture and landscape are endless.