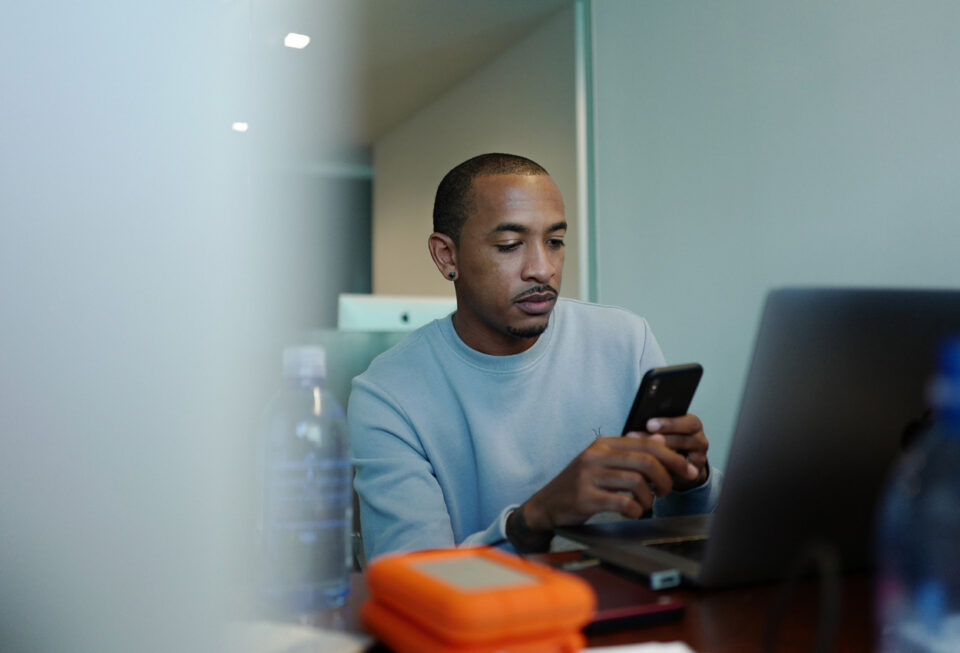 Deon Graham‘s ascent into his role as chief brand officer at Combs Enterprises is the stuff of legends. As a student at Florida International University, he worked at a country club where he rubbed shoulders with affluent business owners who encouraged him to venture out and start his own business.

Their push ignited his hustler spirit and made him rely on what his mother said, “head up, chest out” and for him to “believe in [himself].”

The 36-year-old took a leap of faith and worked with prominent nightclubs and premier liquor brands. In 2008, he established City Never Sleeps a company that focused on providing digital marketing services for nightclubs while increasing representation of his culture. He credits his thriving business to knowing “that consistency is what builds champions.”

With no formal training in marketing, he gained experience by studying how to synthesize the message of a product, service, or event. He furthered his skill by teaching himself social media strategies, designing websites through Google and YouTube, and observing the strategies of different celebrities and brands.

His tenacious attitude led him to become one of the chief club promoters in South Florida, securing close to $20,000 in fees for paid advertisements on his website, according to Insider.

Graham’s shrewd business tactics included placing phony competing vodka ads on his website. Eventually, his savvy maneuvering caught the attention of Combs’ marketing agency Blue Flame. They thought the fictitious company was paying him and inquired if he would advertise Combs’ CÎROC™ label. He signed a deal with them in 2009.

Graham started as a digital consultant for Combs Enterprises. Soon, his reputation infiltrated the mogul’s boardroom whose staff always included him in virtual meetings. However, Combs was puzzled whenever his executives mentioned Graham’s name.

Graham encapsulates the quote, “Your name is being mentioned in rooms your feet haven’t entered yet; God is going to do something amazing in your life; keep moving forward.”

“He would be like, ‘who is Deon, and why do I have to get somebody on the phone that’s not in my office to talk to me about my marketing campaigns?” he amusingly says, recalling his journey to eventually working directly with Combs, who he now considers a friend. To date, he leads a team of 50 people who promote all of Combs Enterprises’ brands.

Graham is responsible for the marketing, branding, creative, partnerships, and the implementation of all branding verticals from beginning to end. Yet, he links his success to his team, “There is a lot of ‘we’ at Combs Enterprises.”

“So from Revolt to our spirits business, CÎROC™ Vodka, DeLeón® Tequila, Sean John, that we just re-acquired, I’m in the mix,” he explains to BLACK ENTERPRISE. With so many moving parts, Graham leans on his experience as an event promoter and on the precedent set by Bad Boy Worldwide Entertainment Group in transforming him into a multitasker.

“We make sure that there are synergies between everything that we’re doing. There’s always a way to integrate,” he says, noting that he places his full trust in talented executives who operate in the spirit of excellence on every project.

Graham’s acute understanding of his target audience propels him to constantly innovate and increase the presence of all the brands firmly in Black culture, which other companies are incapable of replicating.

“Since we have [a] diverse team, that helps us drive revenue because when you’re ahead of the curve, you get to do things first, and we’re the trendsetters,” he says.

Graham is always looking to disrupt industries, and before debuting the ready-to-drink Cîroc’s Vodka Spritz, he decided the design of the can was aesthetically pleasing. He generated buzz by touting the new beverage as a “convenient luxury” line. He promoted the line in high-end communities and other uncommon places.

Although Graham wants access to the mainstream markets he still implores Black customers to support Black-owned alcoholic labels “because you are supporting a slew of talented employees who come from the community more than just enriching Sean Combs.”

Graham’s gift of persuasion helps him create partnerships with music events like the Billboard and BET Awards.

“For Las Vegas, [we made] sure the billboards were present, the hotels were pouring [Cîroc’s Vodka Spritz], that we did tastings, and we were available in the venue,” he lists, explaining how he intersected the brands with commercials and a sustainable social media presence. For Revolt, he negotiated premium placement on the red carpet. Combs also wore Sean John during rehearsals and backstage. The students from Capital Preparatory school also attended the music ceremony. Bad Boy artists French Montana and MGK drank AQUAHydrate when thirsty and as host of the Billboard awards, Combs announced the launch of Love Records.

Another outlet Graham wants to dominate is the podcasting space. He serves as the executive producer of Revolt‘s Caresha Please podcast hosted by Yung Miami of the award-winning hip- hop duo, City Girls. The premiere episode debuted as the No. 1 show, an impressive feat for a Black-owned multimedia platform.

However, with all his success, Graham is still reaching back to pull others forward. He is working with Combs Enterprises on the recent launch of the Excellence Program, a virtual educational and mentorship course to help individuals from underrepresented backgrounds.

He advises others who want to follow his career path to “Embrace the journey and be willing to sacrifice; that’s usually how those doors start to open.”

The story of Sean Combs is on Netflix.