Investing In College: 4 Keys To Get More Than Your Money's Worth 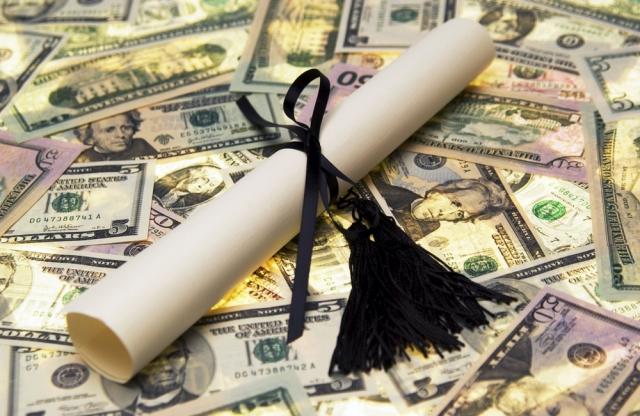 Investing in college: is it still worth it? Stagnant wage growth and the looming burden of student loan debt makes that proposition, once a foregone conclusion, more hotly debated than ever. However, the fact remains that a person with a college education, on average, still commands a higher income than a person without a college degree.

The difference, according to author, speaker, journalist and former college administrator Zach Rinkins, is that what was once practically automatic—that investing in college will pay off with a well-paying career and the American dream of middle-class success—now requires strategy and planning to realize, beginning in high school and during the college selection and application process. Rinkins is the author of a new book, I Am College Material!: Your Guide To Unlimited College, Career, And Life Success, which challenges college students to see themselves as emerging professionals and plan accordingly, in order to maximize their returns on investing in college. Rinkins says he was inspired to write the book by his experience as a college administrator at Florida Memorial University, watching students take on student debt, only to end up accepting jobs with salaries that offered little hope of them ever paying it off.

“When you work on a college campus, you are going to become attached to the students” Rinkins explains. “You see them come in as bright-eyed freshmen, and then you watch them leave as young adults ready to conquer the world. That’s a very thrilling experience. So every year around graduation time, I would converse with students.”

“I’d ask them, ‘What’s next?’, and they’ll say they’re going to work at some car rental company or a mobile phone store,” Rinkins continues, “and it would often break my heart because I know these students spent $80,000 and they’re transitioning to a job that may pay them $28,000 or $30,000 a year, and I knew that they deserved better than that. Because I knew after that six-month grace period and that student loan starts kicking in, that they were going to be really hit hard. Those are some of the issues that the millennial generation is dealing with: Going to college, acquiring a lot of debt, and transitioning into careers that won’t provide them with the economic support to repay their loans and really get their start in life.”

I Am College Material! aims to equip college students and their parents with the tools, information, and resources necessary to succeed in college while maximizing their earning potential upon graduation and beyond. The book includes advice from experts on topics ranging from money management and campus entrepreneurship to health and college romance. (Disclosure: I and my wife Zara Green, as co-creators of Grown Zone Relationship Education, are included among the experts in the chapter titled “To Love or Not To Love: Realities In College Relationships.”)

Rinkins shares four key strategies necessary for students to get the most from investing in college while limiting the short and long-term financial burden on their families.

SET A TARGET FOR YOUR EARNING POTENTIAL UPON GRADUATION

Rinkins says that it is critical to consider the career paths and earning potential associated with any major you choose, with an eye on which jobs have the highest entry-level salaries and the best potential for income growth over time. Ideally, students should be researching their interests and options by their junior year in high school, so that they can make a smart choice by their second year in college, by which time most undergraduates have declared a major concentration of study.

“The decisions that you make in college, the career path you choose, the first salary you choose coming out of college, have a long-term impact,” Rinkins explains. “If you start off low, it is very difficult to get to a higher salary if you don’t make the right decision and create the foundation for it in college.”

INVESTING IN COLLEGE IS WORTH IT—IF YOU DO THE MATH

College students need to understand the earning potential of career paths associated with an area of study, and then choose the most affordable college option to minimize costs of investing in college and maximize ROI.

“I just read a study the other day by JPMorgan that said the average college student is leaving college with $30,000 in debt, and on top of that, their parents also acquire an identical, separate $30,000 in debt. That’s debilitating. This made me understand [student loan] debt in a family context. So it’s very important for families to choose the right college for their child.”

Rinkins offers a formula that can help you to make the right choice.

“In my book, you can find out how to choose a career, how to go to the U.S. Labor Bureau, how to go to various websites and resources to find out the starting salary of your child’s desired career path. Whatever that number is—$40,000, $35,000—divide that by five. That is your max annual budget for college; you can’t go over that.”

“Why is that important?” says Rinkins. “Because when you graduate from school, you want as little debt as possible. You have to be able to pay that back in 10 years. Because of compound interest, we want your child to be able to get rid of that debt before it doubles. Because we don’t want them to be contending with that debt in their 30s.”

BEFORE YOU START COLLEGE, PLAN YOUR EXIT STRATEGY

Don’t wait until your junior or senior year of college to discover that your chosen major will not position you to generate enough income to justify the money you’ve spent on tuition and other expenses associated with investing in college.

“Do your research,” Rinkins says with urgency. “Understand what the highest paying career paths of your major are. One thing I tell students is to look at the future output of your major, and also look at the employment rate. If you’re choosing a major that has a high unemployment rate, it’s going to be competitive and the salaries are going to be low. But if you choose a major with a low unemployment rate, the salaries are higher and there will definitely be more opportunities.”

CONNECT YOUR SKILLS TO THE HIGHEST BIDDER

You also want to make sure that you’re connecting with the people who will pay the most for the skill sets you have, even if you choose a major with a relatively low-income career path. That may mean thinking beyond the jobs and careers typically associated with your desired major.

“If you decide that you definitely want to get a career in education,” Rinkins explains, “you may want to think about, ‘Well, I don’t just have to be an educator. Perhaps I can do training and development to the STEM community, to the tech sector. Or if you desire to be in public relations, for example, don’t just try to sell your services to anybody; try to connect with the highest paying industries so that you can get the best return on your investment. Your education is an investment.”