Could Fasting be Good for the Brain? 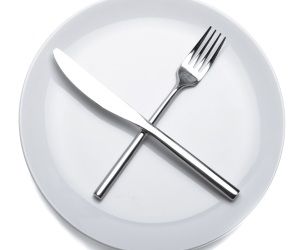 Fasting may significantly reduce the risks of developing dementia, cancer, diabetes and other diseases, according to recent studies at the National Institute on Aging, the Longevity Institute at the University of Southern California, the UK’s University of Manchester, Intermountain Heart Institute in Murray, Utah, and the University of Illinois.

“We know from animal models that if we start an intermittent fasting diet at what would be the equivalent of middle age in people, we can delay the onset of Alzheimer’s and Parkinson’s,â€ says Mark Mattson, a researcher at the National Institute of Aging.

A fast is generally considered to start about 10 to 12 hours after a meal, which is when all the available glucose in the blood has been used up and will then convert glycogen in the liver and muscle cells into glucose to use for energy.

Read about the study at The Inquisitr