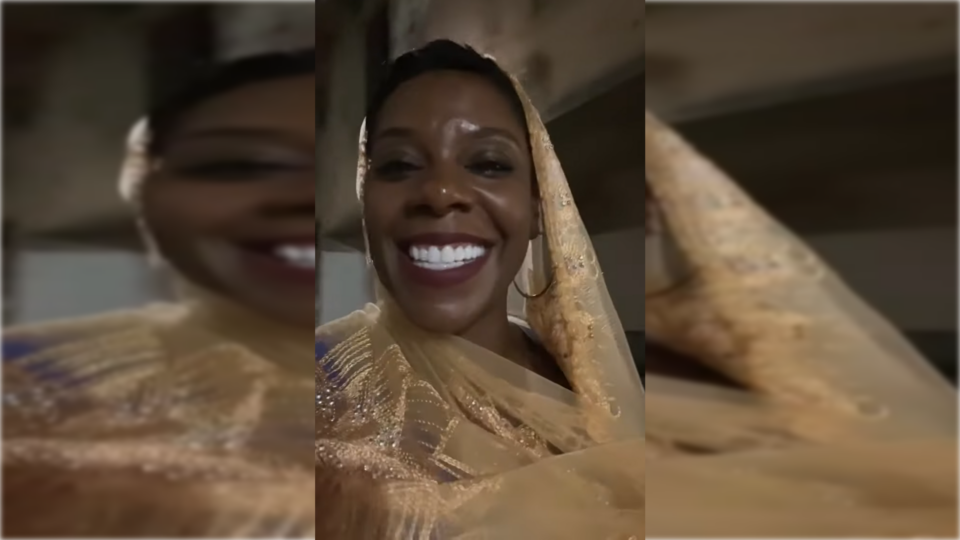 YouTube blogger, Taska K, has her social media followers on a wild goose chase after posting a series of Instagram posts alluding to her move to Africa.

The UnwineWithTaskaK host took to Instagram Wednesday (September 14) to share that she will be releasing a vlog of her “new life” in Africa. The post featured a photo of her dressed in a traditional head covering and the location indicated Morrocco. Her comment section went into a state of shock, while some insinuated that she might be on the run.

The unexpected news follows a string of losses, including a $4 million defamation lawsuit against “Rumors” rapper, Cardi B. As BLACK ENTERPRISE previously reported, Tasha K, whose real name is LaTasha Kebe, was initially ordered to pay Cardi B $1.25 million in general damages and $250k for medical expenses. An additional $3 million has since been added to Kebe’s tab after a jury found her liable on counts of defamation, invasion of privacy, and infliction of emotional distress.

“Life in Africa is turning out to be exactly what I needed,” Kebe began the caption of her post.

“A fresh start! This week I will be releasing my first vlog of my new life in Africa and showing you all our expanded family.”

“She said you can’t get my money if I’m not there!!!,” one user wrote with laughing emojis.

“So she really on the run,” another chimed in.

“That lawsuit got a chic moving to AFRICA,” a third user wrote.

Back in July, Kebe lost an appeal filed in June against the multi-million dollar lawsuit. The court favored Cardi B, dismissing Kebe’s case without jurisdiction and permitting the “Be Careful” artist to have her lawyers and the sheriff’s office authorize the garnishment of Tasha’s wages and personal assets to fulfill the debt.

During these legal matters, Kebe allegedly placed her Georgia home up for rent and moved into an apartment, BLACK ENTERPRISE previously reported.

Whether she’s in Georgia, Kenya, or Morocco, Cardi B may end up getting her $4 million in Guinea Francs or Ugandan Shillings.

According to recent reports, Kebe and her defense team have filed a second appeal. She is being told that she has a “slim chance” of getting out of the $4 million judgement.