Is Will Smith's Oscar In Jeopardy Over Slapping Chris Rock At The Oscars 2022? 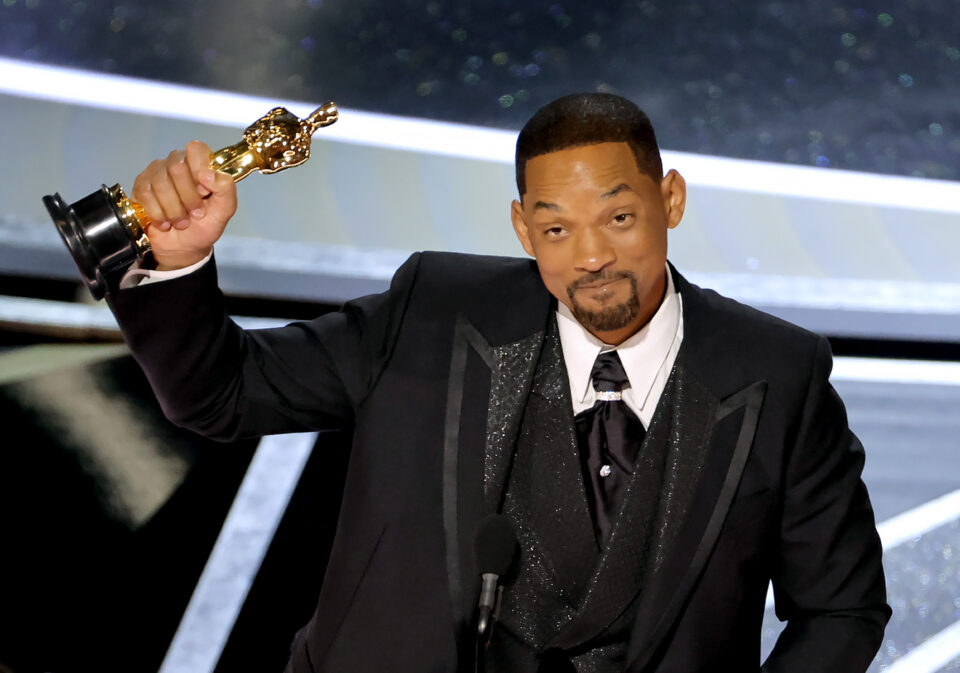 HOLLYWOOD, CALIFORNIA - MARCH 27: Will Smith accepts the Actor in a Leading Role award for ‘King Richard’ onstage during the 94th Annual Academy Awards at Dolby Theatre on March 27, 2022 in Hollywood, California. (Photo by Neilson Barnard/Getty Images)

Following the 94th Academy Awards ceremony, Will Smith‘s Best Actor Oscar may be in jeopardy as a result of his live onstage assault of Chris Rock.

Minutes before Smith accepted his award, Rock joked that he couldn’t wait to see Smith’s wife Jada Pinkett Smith in “GI Jane 2.” The joke didn’t blow over well when Smith walked toward Rock onstage at Dolby Theatre and slapped him in the face.

For the “New Jack City” actor, the shocking moment was “the greatest night in the history of television.” Meanwhile, the Academy appears to disagree, especially in accordance with its code of conduct.

“The Academy does not condone violence of any form. Tonight we are delighted to celebrate our 94th Academy Awards winners, who deserve this moment of recognition from their peers and movie lovers around the world.”

The Academy does not condone violence of any form.

Tonight we are delighted to celebrate our 94th Academy Awards winners, who deserve this moment of recognition from their peers and movie lovers around the world.

Twitter sprang into action, pointing out that the Academy has strict guidelines against such incidences. Given that this a live assault, many believe that the King Richard star could be asked to hand over his award.

The Academy’s conduct code, released in 2017 following the sexual misconduct scandal that overwhelmed  the industry, focuses on the importance of “upholding the Academy’s values”, such as inclusion, fostering supportive environments, and “respect for human dignity”.

In a membership letter, AMPAS CEO Dawn Hudson wrote back then, “In addition to achieving excellence in the field of motion picture arts and sciences, members must also behave ethically by upholding the Academy’s values of respect for human dignity, inclusion, and a supportive environment that fosters creativity,” Variety reported.

She had added, “There is no place in the Academy for people who abuse their status, power or influence in a manner that violates recognized standards of decency. The Academy is categorically opposed to any form of abuse, harassment or discrimination on the basis of gender, sexual orientation, race, ethnicity, disability, age, religion, or nationality. The Board of Governors believes that these standards are essential to the Academy’s mission and reflective of our values.”

The Academy hasn’t issued a statement yet directly addressing Smith’s actions. Nor will he be facing any legal charges, according to the LAPD.