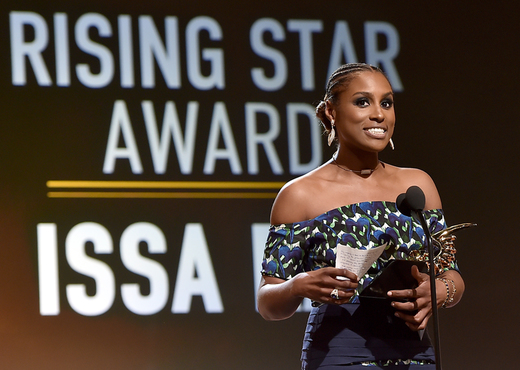 “Music has always been an essential part of every project I do and working with emerging talent is a personal passion,” Rae said in a statement. “Raedio allows me to continue that work within the music industry and audio entertainment space. The Atlantic Records team are innovators in terms of shifting and shaping culture. I’m excited to join forces with them to discover new artists.”

Atlantic Chairman & COO Julie Greenwald chimed in by saying: “Issa Rae is a next-level, future-thinking creative force who’s been breaking down cultural barriers and conquering one field after another. She’s made music a central character in her artistic evolution, and now she’s brought all that amazing passion, inspiration, and taste to the formation of Raedio. We’re thrilled to be partnering with Issa and her team on this exciting new venture, and TeaMarrr is the perfect artist to launch with.”

The label’s first release, “Kinda Love” by TeaMarr, a Haitian-American rapper and singer, has a video attached to it that features a cameo by Issa Rae. TeaMarrr’s 2018 single “One Job,” racked up over 1.2 million streams. The label also serves as music supervisor for HBO’s critically acclaimed A Black Lady Sketch Show.

Rae started receiving attention for the YouTube web series Awkward Black Girl before creating, co-writing, and starring in the HBO television series, Insecure. She has received two Golden Globe nominations for Best Actress-Television Series Musical or Comedy and a Primetime Emmy nomination for Outstanding Lead Actress in a Comedy Series. Rae has also written a New York Times best-selling memoir, The Misadventures of Awkward Black Girl (37 Ink, $16.00). Rae is reportedly working on producing a remake of the 1996 film Set It Off. In addition, the Insecure star is the latest voice to be added to Google Assistant.