Issa Rae, Nasdaq and Airbnb Team up to Donate $100,000 to LeadersUp 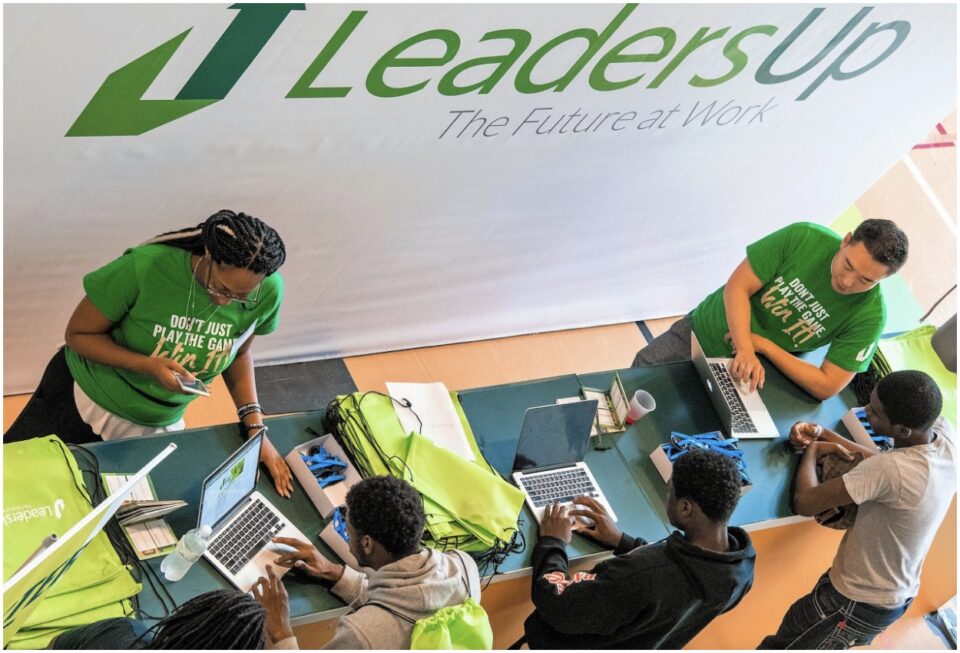 Airbnb named LeadersUp a recipient of a $100,000 donation together with Nasdaq to help local organizations with visions in line with Nasdaq’s ambitions to advance inclusive growth and prosperity and to empower underrepresented communities in their efforts to generate wealth.

Other organizations to receive a portion of the donation include Central Neighborhood Health Foundation, which seeks to minimize disparities in health care access; and Brotherhood Crusade, a grassroots organization working towards improving quality of life for under-represented communities.

To announce this donation, Airbnb partnered with Issa Rae, who first introduced the TV world and public to her beloved South LA neighborhood with her on-screen character Issa Dee, in the HBO hit show, “Insecure.”

Ahead of Super Bowl LVI hosted at the Sofi Stadium in South LA this past Sunday, companies like Airbnb and Nasdaq aren’t just thinking about football, but rather also about the economic impact and commitment to equitable health services, youth development and job creation in the South LA area.

“Since my series debuted in 2016, it’s been an honor to showcase the people, culture and businesses that make South LA such a vibrant part of the city,” Issa stated in speaking about her listing.

On-screen and off-screen, Issa Rae is known for putting on for her community. That’s why LeadersUp is investing this entire donation back into the job seekers we serve, letting them know — “we got y’all.” This donation will allow LeadersUp to continue their work of creating career pathways, jobs and providing career coaching to BIPOC talent. LeadersUp will utilize the donation to create a community impact fund which would address their community’s barriers to accessing educational, mental health and wellness and technological resources.

“We are sincerely grateful to Airbnb and Nasdaq for including LeadersUp in this grant to advance inclusive growth and prosperity and to empower under-represented communities in their efforts to generate wealth. This level of investment speaks volumes to the value and importance of our work in this community and amongst BIPOC talent in our markets nationally. The partnership with Issa Rae, during Superbowl LVI weekend — when the eyes of the nation and beyond are focused on South LA — further speaks to the importance of highlighting and increasing the visibility of our work of bridging the divide between the diverse talent of tomorrow and forward thinking employers. As major corporations struggle to make good on their Equity and Racial Justice commitments following the murder of George Floyd in 2020, and struggle to build diverse and inclusive cultures within their organizations, this grant affirms the work we are doing in this space as a thought leader and practitioner to advance an inclusive economy. We’re excited about putting these funds where the impact is needed most — in the hands of jobseekers as they navigate the employment process,” said Jeffery Wallace, CEO LeadersUp.

LeadersUp is tremendously grateful to Airbnb, NASDAQ and Issa Rae for their commitment to economic empowerment, especially as South LA residents used #Superbowl weekend as an additional source of income.