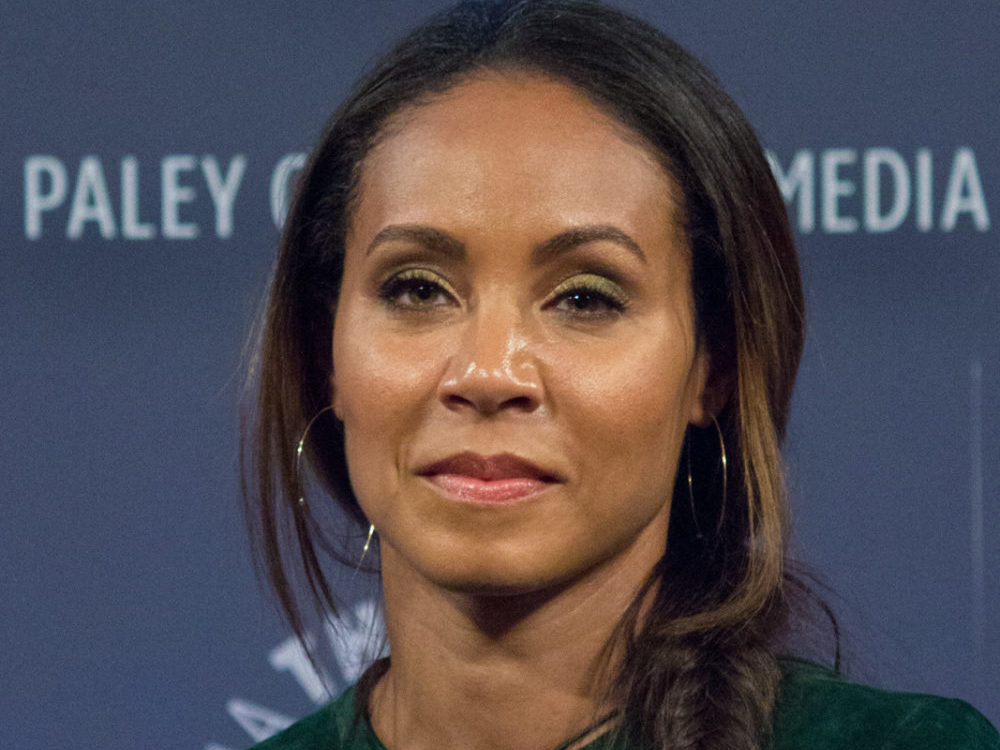 On a recent weekday, hundreds of mostly black and brown high schoolers gathered in a theater on the Paramount Studios lot in Los Angeles, to spend a day getting schooled about their dream careers from a lineup of successful producers, writers, actors, and entertainment executives — many of whom looked like them.

The day was designed to inspire and encourage them, but to also make clear the hard work, time, and sacrifices careers in Hollywood require. The highlight was an open conversation with the actress who conceived and helped fund the entire event, Jada Pinkett Smith.

Smith launched the Careers in Entertainment Initiative in 2016, as a vehicle for helping students explore the many careers that exist at the intersection of entertainment and a wealth of other industries, including tech and education.

You could feel the students lean in when comedienne and writer Robin Theade asked Smith about the biggest misconception about Hollywood:

“It’s that the work is easy,” Smith said. “It’s really hard and it’s not as glamorous as people think.”

Smith continued to pull no punches in her straight talk with young people — who are accustomed to getting everything “at the push of a button,” — about what it takes to break into entertainment and ultimately succeed. Candid and clear — her advice offers value to anyone of any age trying to succeed in any business:

Talent only gets you so far, so never stop honing your skills.

The person who is willing to work hard and not just rely on their talent, that’s the one who is going to win. There’s a lot of pretty people, a lot of talented people out here, and what I’ve realized is that when I meet people who have skills around their talent, they’re the ones.

Believe in YOU, no matter what.

The one thing that set me apart when I came to LA was that I had 8 years of education on stage. I was only 18. I was like, bring it – anybody! I knew that if I didn’t get a job, it wasn’t because I didn’t have it. I was confident in my skill level. You hear a lot of no’s out here, but even when I didn’t get something, I was like, Jada, girl, you bad. They just don’t know yet.

No matter how bad you think you are, don’t think you’re too good to prove your worth.

I was not being inspired anymore. I was one of those people who never imagined my life after 40, and it was like, what do I do now? I had to stop being precious and start saying yes to things I would never have said yes to. The project that taught me that and reinspired me was Gotham and playing Fish Mooney.

Surround yourself with people who will give you solid advice — and take it.

Thank God I listened to my team because I would never in a million years have done [Gotham]. I saw what that was on the page and was so upset. I was like, this is what it’s come to? And when I went to the head writer Bruno [Heller], he said `We want you to really create something.’ I was like, Jada, you gotta kill this! So we created this amazing character.

Never hold back on your creativity and vision; or sharing them.

I literally came into a board room (full of writers and executives) with a guy on a leash with some leather pants on, no shirt, a collar, an explicit word in lipstick across his forehead, and I had on this gown and this wig and all her grandness and he had to sit there while I said, THIS is what happens when you cross Fish Mooney! I’ve learned that people can’t always see your vision; you have to show them. But that’s part of not being precious. It’s going the extra mile to create and to communicate what you see.

Let no one define your blackness, but you.

As African Americans, we’re always put in this box of what it is to be black, but our experiences are far and wide. It’s like when I decided to create a metal band and people were like black people don’t do metal, and I said, Watch. I’m always trying to expand the ideas of what it means to be black — what it means to be a woman. Any box you give me, I’m trying to burst it and really show that we are just human, and as human beings, we can love, like, and be a lot of things.

We women have to flow power to each other, too.

We can’t expect the guys to treat us the way we are not willing to treat each other. So as you are moving in your circles, just remember that.

The only way forward is together.

Don’t be afraid to have conversations with some of your male friends. Get into it. It’s a necessity to open your eyes to any myths or misunderstandings you have; get into them. There are a lot of false beliefs about who women and men really are. So it’s really important to communicate in ways that are respectful, and to try to understand because the only way we’re going to make change is us doing it together.