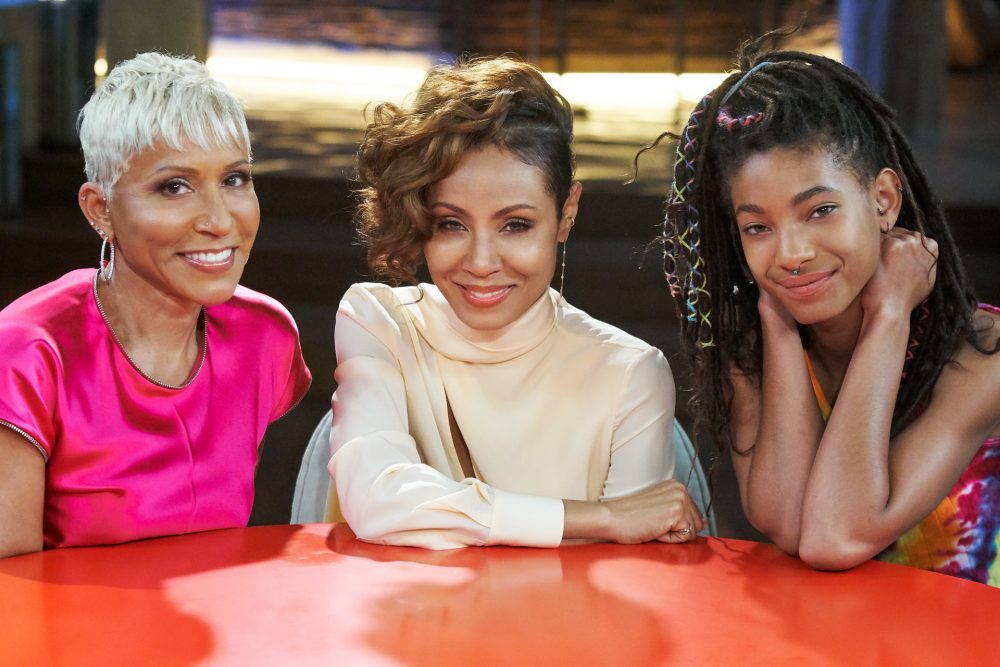 Recently, Facebook has been throwing a multitude of money at creating original content hoping that something will stick. They may have a win with Jada Pinkett Smith’s new show, Red Table Talk, airing on Facebook Watch, May 7, at 9AM PST/12PM EST.

The 10-episode series is based on three generations of women—Pinkett Smith; her daughter, Willow Smith; and her mother, Adrienne Banfield-Norris—and tackles issues such as sex, self-image, past relationships, and more. Fans can expect to see candid conversations with the women in addition to guest appearances from actresses Gabrielle Union and Tiffany Haddish, and Will Smith’s ex-wife, Sheree Zampino.

During the first episode, we will see Pinkett Smith and Zampino discuss their blended family together for the first time. Additionally, Banfield-Norris will share her personal story about giving birth to Jada at age 17, the same age her granddaughter Willow is today.

When asked why she decided to work with Facebook on the series, Smith responded, “I started having real conversations on Facebook on my own page that were very close to a lot of the topics that we’re dealing with. It was such a beautiful comradery that I created through my own Facebook page and I feel like during this time, we’re all going through so much and life is getting more complex because times are changing so quickly and things are shifting so fast, and I felt like creating a safe space where we could come have unfiltered, honest conversations, where we can take our masks off and let go of all those personas that we created to just have real honest conversations about how we’re feeling.”

Facebook Watch is a dedicated place for shows on Facebook. It’s a platform where people can find new shows, catch up on the ones they follow, and form communities of fans. The two main verticals are Discover: A way to find new shows through your friends or the communities of people you care about (with sections such as “What Your Friends are Watching,” “Most Talked About,” or “What’s Making People Laugh”) and Watchlist: A way to catch up with shows you follow. If you follow a show, new episodes will automatically appear in your Watchlist, so you never miss them.

New episodes of Red Table Talk will appear on Mondays. Then, tune in on Wednesdays starting May 9 for a Facebook Live with Jada, Willow, and Adrienne. You can check out the show here.

Editor’s Note: This article has been updated since its original publish date, May 4, 2018