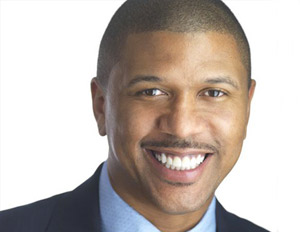 Jalen Rose forged a path in professional basketball while just a freshman at the University of Michigan as a part of the infamous Fab Five. His balling career evolved as a first round draft pick for the Denver Nuggets, then excelled on several NBA teams, including the Indiana Pacers, Chicago Bulls, Toronto Raptors, New York Knicks and ending with the Phoenix Suns. It was during his time as an NBA player that Rose developed a philanthropic dedication to educating at risk youth. In 2011, the Jalen Rose Leadership Academy [JRLA] opened its doors to over 100 9th graders on the west side of Detroit in an effort to give back to his neighborhood. BlackEnterprise.com caught up with the ESPN/ABC sports analyst to speak about his recent partnership with Jeep to accomplish his goal of empowering the youth of tomorrow through education.

What does it take to start and run a school in Detroit?

It takes a lot of time, energy, money and care. Last September (2011) we opened the doors to the Jalen Rose Leadership Academy with 120 students and we all had the same agenda; to take at risk 9th graders–most of which fall victim to their neighborhoods–and make them leaders.

How were the students that were enrolled in the academy selected? Why was it limited to 9th graders?

We’re going after a specific demo, because 90% of our students aren’t reading at their grade level and 85% get free or reduced lunch. Why 9th graders? Because we feel that 9th grade is the age when you have to make some tough decisions that will affect the rest of your life; to be cool or smart, to lead or follow. So we wanted to catch a specific kind of student at a crucial time in their development.

Have you seen changes since the beginning of the school year?

I’m very proud of my students. They’re running up to me to show their report cards; they’re taking pride in their appearance; sitting up straight, pulling up their baggy pants. I believe we are off to a great start.

Why was it so important for you to open the leadership academy in your hometown of Detroit?

What was most important to me was to affect the same zip code that I grew up in. These days, [the kids’] innocence is gone. They’re being introduced to sex, drugs, violence, gangs and bullying in social media, all much earlier than high school. I’m loyal to my soil, though. This was the best way that I know to fulfill my duty and obligation to my neighborhood. It’s really my duty to uplift my community. We’ve lost so many jobs in Detroit and we really need all hands on deck.

What’s the mission of the academy?

First, to shatter the myth that we want to be stupid and gangbangers. We have longer school days, longer school semesters and six super Saturdays in the JRLA because we believe our students want to learn.

How has Detroit changed since you grew up here in the ’80s?

It’s tough right now for Detroit. We’re still essentially a blue-collar town; we know how to roll up our sleeves and go to work. But our parents worked at the plant for 40 hours a week, or were educated with professional jobs. They were able to set aside nest eggs and put their kids through college. Now, it’s tough on adults who have the skills but not the education. They have nothing to fall back on. We wanted to make a difference in those specific eight years of a kid’s life–four years of high school and four years of college–when their decisions are so important to the rest of their lives.