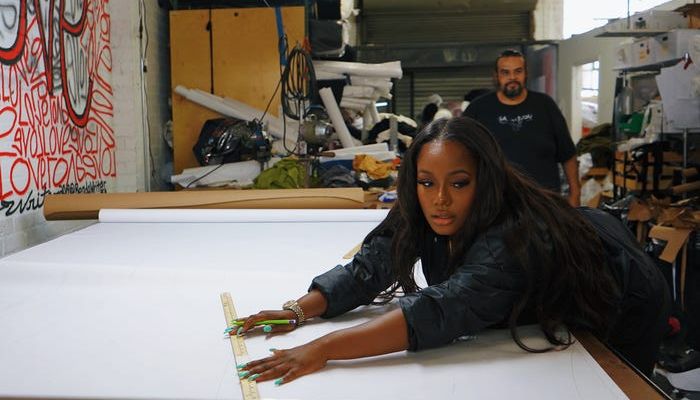 Being the daughter of a hip-hop legend would possibly have one resting on their laurels or living off the spoils of their father’s earnings. But, this is not the case with Tyra Myricks. The 28-year-old daughter of slain legendary DJ Jam Master Jay of the seminal hip-hop group, Run-D.M.C., has, in fact, done just the opposite.

Myricks is the definition of an entrepreneur and she continues her side hustles to add to her success. Myricks maintains a regular work schedule in addition to several side hustles allowing her to pull in seven figures.

According to Business Insider, Myricks began her entrepreneurial journey in 2009 when she launched a fashion label while she was still attending high school. The money earned from the label eventually helped her pay her own way through college. Although she had plans to study pre-med, she scrapped it when she made more than double the money she paid toward her tuition.

She has a day job working with one of the most popular artists in the world, Aubrey “Drake” Graham. She works as director of design, merchandising, and development for Drake’s OVO lifestyle brand, for which she earns six figures a year. With the fashion label she rebranded as Wealth, she also has a branding and merchandising company; is the co-owner of The Method, which is Los Angeles’ first Black-owned gym. She is about to launch a pizza shop with the daughter of another slain hip-hop artist, Christopher Wallace also known as The Notorious B.I.G., T’yanna Wallace, and she’s in the process of co-creating a platform to provide young entrepreneurs with resources to start their own businesses.

“It’s not an easy game,” she tells Business Insider. “Everybody on the internet shows the glorious side, but nobody shows the treacherous side where it’s hard to get up in the morning.”