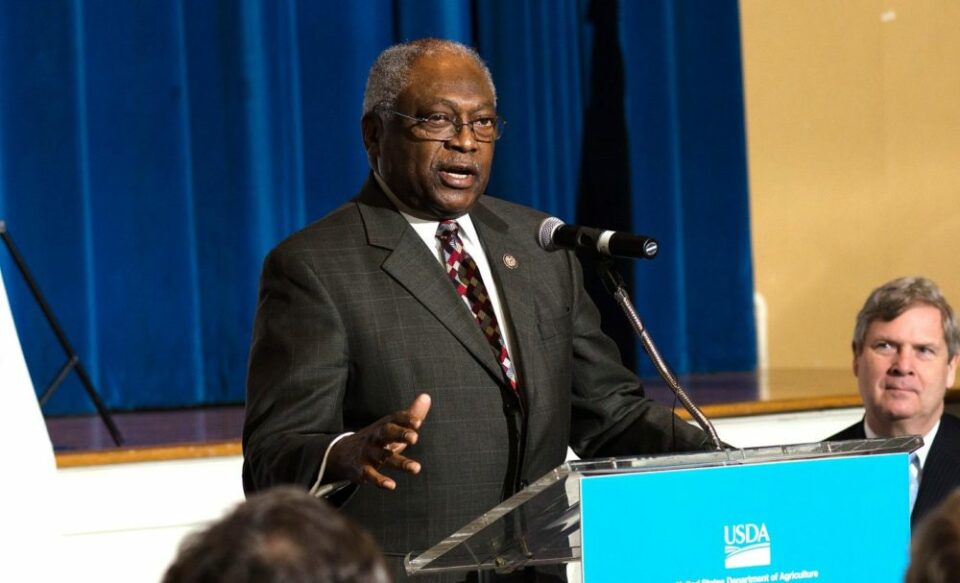 U.S. Congressman Jim Clyburn (Photo credit: USDA photo by Lance Cheung via Flickr)
House Majority Whip James Clyburn (D-S.C.) has urged former Vice President Joe Biden to pick a black woman as his running mate to “reward” them for their loyalty to the Democratic Party if he is its presidential nominee.
Clyburn made the comment to NPR last Wednesday, saying, “I really believe that we’ve reached a point in this country where African American women need to be rewarded for the loyalty that they’ve given to this party.”
Kamala Harris, who dropped out of the presidential race late last year and Stacey Abrams, who narrowly lost the general election for governor in Georgia, were named by Clyburn as potential candidates. Abrams said last year that she is willing to be a running mate in the 2020 election. Clyburn also mentioned Democratic Reps. Marcia Fudge of Ohio, Val Demings of Florida, and Karen Bass of California as potential choices, as well as Atlanta Mayor Keisha Lance Bottoms.
Biden said Sunday night during a Democratic primary debate that he would nominate a woman as his running mate. Last month Biden said he would also nominate a black woman to the Supreme Court.

“When you’re get knocked down, get up, and everyone’s entitled to be treated with dignity — no matter what, no matter who they are,” Biden said during a Democratic debate last month. “Also, that everyone should be represented. No one is better than me and I’m no better than everyone else.”

According to Edison Research, exit polls conducted after the South Carolina primary, which Biden won, showed 61% of voters in the state said Clyburn’s endorsement of Joe Biden was a factor in voting for Biden.