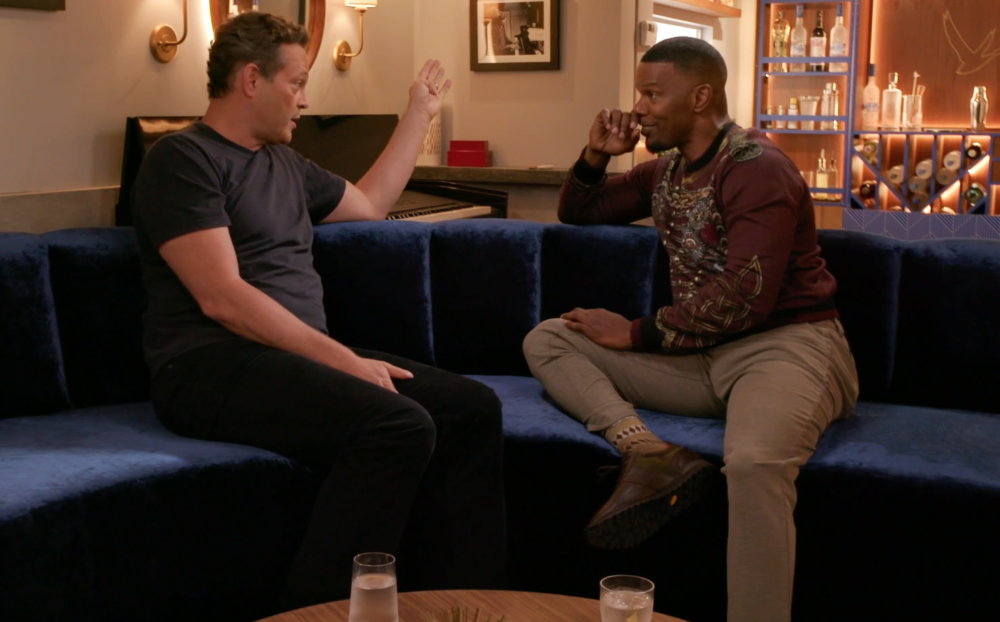 Actor, comedian, and musician Jamie Foxx is at it again but this time he’s getting personal. Foxx sits down with some of his longtime celeb friends to candidly discuss life’s lessons in his new digital series Off Script, created by Grey Goose. In the forthcoming episode released today, Foxx chats with actor Vince Vaughn about what it was like breaking into Hollywood.

“But didn’t you feel that way? Every time you did something didn’t you think, this is it?” asked Vaughn. “I actually auditioned for a television show and got it. Somehow there was some situation with my manager and the lead dude, it was a little kerfuffle… I told everybody I was gonna be in a pilot in my hometown and then I got cut out the pilot,” explained Foxx.

The duo continues to share exchanges surrounding their lives engaging in some of the wild stories that they’ve had in the past. Vaughn talks about settling down and knowing when it’s right and even more interestingly, why he chooses not to be on social media. “I don’t do social media, because I don’t like it. Like, what am I going to say, ‘oh, look what I’m having for lunch.‘ #Iwishyouwerehere. Like who gives a damn, right? I think it’s crazy.” Foxx adds, “some people are great at it and I don’t take anything from it,” but he doesn’t fancy it much either.

There’s a different dynamic from the new age artist to the older school of thought which is completely interesting. In Foxx and Vaughn’s era, social media was irrelevant to their career success whereas today, it’s how many artists get on. There is something to be said about being able to keep your private life private and still garner extreme success in a world that thrives off of celebs personal affairs.