Jamie Foxx on Oprah's 'Next Chapter': 'Leonardo Shunned me on Set' 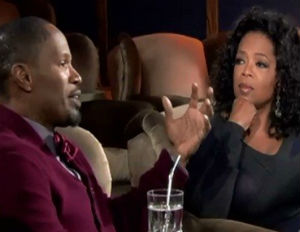 Actor Jamie Foxx appeared on Oprah’s “Next Chapter” recently with his daughter and talked about his upcoming film ‘Django Unchained.’

During the chat, Foxx talked about playing a slave and how fellow castmember Leonardo DiCaprio gave him the cold shoulder during shooting.

“He did not speak to me,â€ said Jamie. When he got no response, Jamie says he asked himself, “Did he not hear me?â€

Check out the video here