The Business of Entertainment: Reflecting on Janet Jackson and Rhythm Nation's Legacy 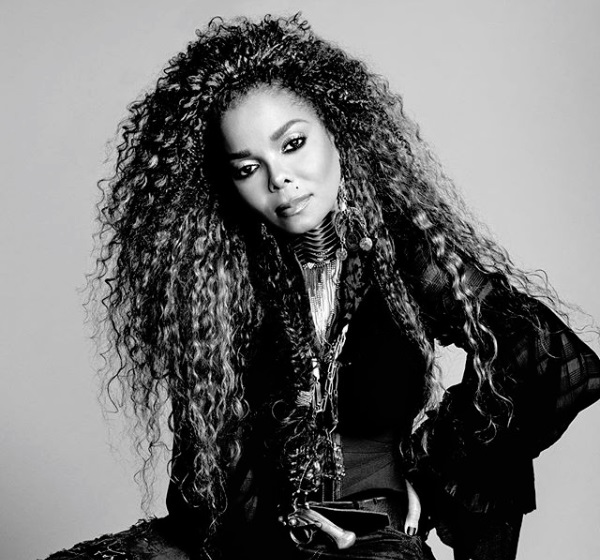 The year was 1989. Janet Jackson, the youngest member of the multi-platinum selling, globally known, Jackson tribe, was on her way to attaining the legendary status of her brother, and releasing her now-classic fourth album Janet Jackson’s Rhythm Nation 1814. It was a year ripe with many other albums that would go on to become classics. Madonna’s Like A Prayer album was burning up the charts alongside the likes of George Michael’s Faith, Bobby Brown’s Don’t Be Cruel, Milli Vanilli’s All or Nothing (pre lip-sync scandal), Soul II Soul’s Keep on Moving, and Prince’s contributions to the soundtrack of Tim Burton’s Batman film, among others. But in August of 1989, a month before Rhythm Nation was released, Janet released the lead single to the album, “Miss You Much.” The track quickly ascended the charts, becoming her second No. 1 on Billboard’s Hot 100 and sitting at the throne for four weeks—longer than any other single that year. The song also has the distinction of being the second-biggest selling song of 1989.

In Brooklyn, during 1989, I was a very precocious boy. Though, still a child at the time, I lived and breathed pop culture in all of it 80’s loveliness. I watched the teenagers in my neighborhood dance in the streets to Janet’s music, doing their best to mimic her precise movements; often falling far short of her grace. Nonetheless, there we were, black and brown boys and girls, men and women, dancing to “Miss Jackson, if ya nasty.” We spent so many days trying to emulate her dance moves, and nearly breaking our teeth in the process. At the end of the “Miss You Much” video, when Janet calls “That’s the end?” followed by a deep and throaty collective, “No!” Janet does a chair routine, leading two other male dancers, with the ease and skills of the pro she is. We were riveted by her every move, in awe that she moved as well as Michael; possessing an energy, conviction, and fluidity that was distinctly her own.

Janet’s “Miss You Much” video was the first of three songs that made up the Rhythm Nation long-form video. The other two were “The Knowledge” and another of Janet’s classic songs and videos, “Rhythm Nation,” the single. With this album, Janet continued to prove to her naysayers— the critics and some of her jealous and insecure rivals who insisted she was a studio star and didn’t have the talents of her brother— they were wrong and that she was a bona fide star here to stay.

Rhythm Nation proved to be an excellent follow up to her breakthrough album, Control. Control is a black “womanist” manifesto that not only put Janet on the map, but it also gave young black women an assertive voice in music that many of Janet’s peers—Anita Baker, Sade, Whitney Houston, to name a few—weren’t doing at the time. She was a tough-talking, streetwise sistah who wasn’t asking for respect from men, she was demanding it. It was early in her career as a songwriter, but the elements of who Janet was showed through perfectly.

In Billboard’s Hottest Hot 100 Hits (2002), Jimmy Jam explained that the label desperately wanted a Control II. They wanted Janet, Jimmy, and Terry (the creative hive mind) to repeat the same concept a second time while also throwing in some salacious gossip about her family. Jackson vehemently opposed the idea of a direct sequel to Control, stating in a Jet magazine interview in 1989: “That’s what I didn’t want to do. I wanted to do something that I really believed in and that I really felt strong about.” And that’s exactly what she did.

Rhythm Nation took on a slightly different narrative. It was Janet still taking control, but it was her way of also talking about things prevalent at the time like drugs, crime, and violence in the inner city that deeply affected young black and brown youth. However, never once did she forsake her sexuality or the need for a person to have fun. The album cohesively contains it all: The feel-good tracks (“Escapade,” “Alright”), the socio-political songs (“State of the World,” “Living in A World,” “The Knowledge”) and what Janet album would be complete without her sexy songs (“Waiting For Tonight”).

The Stats and Legacy

Rhythm Nation proved to be a global smash, reaching the top five, or top 10 of many worldwide charts. The album reached No. 1 on the Billboard Top 200 in America and stayed there for four weeks. It also reached No. 1 in Australia, the top five in Canada and the UK, and the top 10 in Japan and New Zealand. All seven of the released singles charted in all of the major markets of the world with the massive success in Japan, Australia, and the UK. But it was in America that the singles had their greatest successes. All seven reached the top five of the Billboard charts, with the lowest charting song, “Alright” charting at No. 4. Four of the singles reached the top of the Billboard Hot 100 charts: “Miss You Much,” “Escapade,” “Black Cat,” and “Love Will Never Do (Without You).” The album proved to be a global with sales surpassing 17 million copies worldwide, according to the RIAA.

The Rhythm Nation tour was a trek for nine months that made stops in North America, Europe, and Asia and is still the highest grossing debut tour of all time. The Telegram and Gazette reported that over 2 million patrons attended the tour with many of the dates becoming instant sell outs. No artist has yet to beat her touring record. It was the only tour from a female artist in 1990 that made the top 10 of Pollstar’s touring numbers, eclipsing her rival Madonna’s Blond Ambition tour.  When numbers are adjusted for inflation, there is still no debut tour that has toppled Rhythm Nation from this long-standing record.

Rhythm Nation stands the test of time. Without Rhythm Nation and what has come forth from it—the songs, videos, choreography, tour—many of today’s artist wouldn’t have anything to inspire them. Watch any music video from male and female artist and you will see how they incorporate moves, rhythms, and even themes into their work that Janet mastered decades before, and in most cases—better. So the next time you want to know why Janet is so lauded, listen to the Rhythm Nation album and find out. Tune into her videos. Watch the precise choreography that she and her dancers expertly execute. 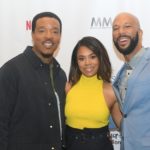 Common, Regina Hall, and Russell Hornsby Share Lessons from ‘The Hate U Give’ 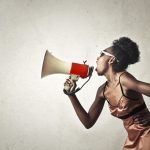 FacebookTwitterYoutube
← Common, Regina Hall, and Russell Hornsby Share Lessons from ‘The Hate U Give’ ← 7 Outdated Public Relations Tactics You Should Avoid
×
'